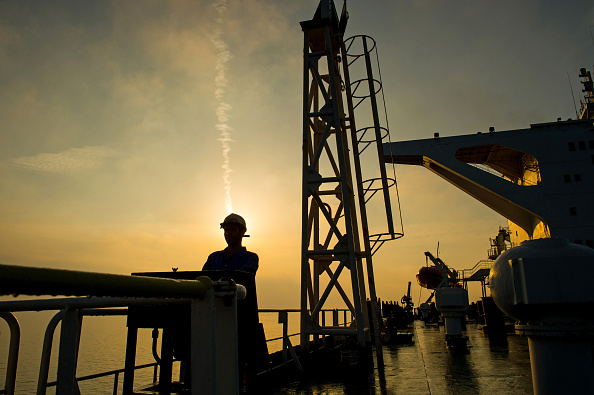 Iran was hoping to sell more than 500,000 bpd of oil to India in 2018-19, its oil minister Bijan Zanganeh said in February last year, and had offered almost free shipping and an extended credit period to boost sales to India ( Photo: Ali Mohammadi/Bloomberg via Getty Images).

India’s oil imports from Iran fell by 41 per cent in December to 302,000 barrels per day oil (bpd), ship tracking data reviewed by Reuters showed, as pressure from US sanctions took effect.

The United States introduced tough sanctions aimed at crippling Iran’s oil revenue-dependent economy in November but gave a six-month waiver to eight nations, including India, which allowed them to import some Iranian oil.

India is restricted to buying 1.25 million tonnes per month, some 300,000 bpd. December imports from Iran were 9.4 percent higher than November when some cargoes were delayed due to lack of ships, the tanker arrival data showed.

Iran was the sixth biggest oil supplier to India in December compared to third position it held a year ago and last month Tehran’s share of India’s overall imports declined to 6.2 per cent from 11.7 per cent a year ago, the data showed.

After abandoning the 2015 Iran nuclear deal, US President Donald Trump is trying to end Tehran’s nuclear ambitions and ballistic missile programme and curb its support for militants in Syria, Yemen, Lebanon and other parts of the Middle East.

In 2018 India shipped about 13 per cent more oil from Iran at 531,000 bpd as refiners boosted purchases ahead of the US sanctions drawn by discounts offered by Tehran, the data showed.

Iran was hoping to sell more than 500,000 bpd of oil to India in 2018-19, its oil minister Bijan Zanganeh said in February last year, and had offered almost free shipping and an extended credit period to boost sales to India.

In the previous fiscal year that ended on March 31, 2018 India refiners had cut purchases from Iran due to a dispute on the award of development rights of a giant gas field.

Government sources say Reuters’ calculations showing India’s oil imports from Iran in this fiscal year would be higher than the 452,000 bpd, or 22.6 million tonnes, it imported in the previous year, are correct.

In April-December 2018, the first nine months of this fiscal year, India’s oil imports from Iran averaged about 533,800 bpd, up about 22 per cent from a year ago, the data showed.

India’s total oil imports in December were about 4.9 bpd, up about 15 per cent from a year ago, the data showed.