India’s Kohli Named Among Wisden’s Cricketers Of The Year 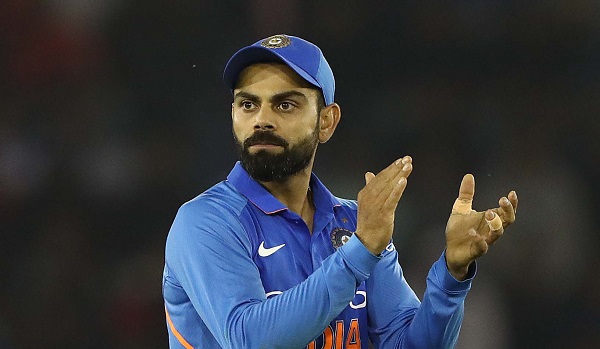 India’s Virat Kohli on Wednesday (10) named as one of Wisden’s Five Cricketers of the Year and also became the first player to win the award for leading cricketer in the world in three successive years.

The India captain put to bed questions over his ability to thrive in English conditions last year, topping the Test run charts with 593 runs and two centuries even though his side lost the series 4-1.

Kohli, who is top of the Test and one-day international rankings, scored 2,735 runs in all formats in 2018, outstripping nearest rival, England’s Joe Root, by more than 700 runs.

“His struggles in English conditions were consigned to history, and Kohli banished any doubt about being regarded as the outstanding player of the era,” Wisden said in a statement announcing its awards.

The other cricketers of the year were England’s Sam Curran, Jos Buttler and Rory Burns, plus prolific England women’s player Tammy Beaumont.

Players can only receive Wisden’s cricketer of the year award, given primarily for feats achieved during the preceding English domestic season, once in their career.

Kohli was also named as the leading men’s player in the world for a third straight year.

“In making hundreds in South Africa, England and Australia, as well as at home, he showed a mastery of all conditions and bowling attacks,” Wisden said.

“The pressure never cowed him.”

The latest edition of Wisden Cricketers’ Almanack, considered the ‘Bible’ of the game, is published on April 11.