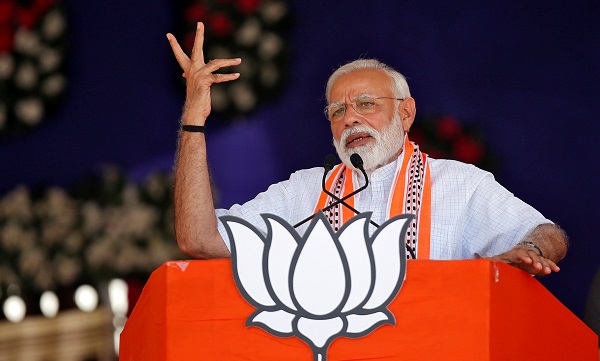 Many of these top officials have received a Western-style education at India’s elite universities or schools overseas and are uncomfortable with the ruling party and Modi’s rough-hewn approach to governance (Photo: REUTERS/Amit Dave).

The Indian government may have to make a series of major changes at the top of the nation’s civil service if prime minister Narendra Modi is re-elected to a second term in May, according to multiple sources in the administration.

At least eight senior bureaucrats in the prime minister’s office have either sought a transfer to other departments or plan to take premature retirement, three government officials said.

The officials, from the prime minister’s office, the home (interior) ministry and the foreign ministry, declined to be named because of the sensitivity of the subject.

Two of them said they too are keen to be transferred to state capitals or to other jobs.

They said officials in several ministries were trying to move, but did not have a number.

There are about 25 senior civil servants working in the prime minister’s office, which under Modi has become the single most powerful department in government.

The three officials said the reasons for wanting out are almost all the same.

Many top bureaucrats complained about two aspects of the Modi administration, their inability to influence government policy as it is largely controlled and set by the prime minister and a small group of ministers and advisers, and the demanding work schedule they face.

“The sense of partnership is missing, Modi and his ministers do not have an organic relationship with the bureaucrats,” said the civil servant in the home ministry.

Sanjay Mayukh, a spokesman for Modi’s ruling Bharatiya Janata Party (BJP), declined to comment on the grounds that governance issues were managed directly by ministers.

To be sure, some other major governments around the world often face a series of departures and changes, especially when a first term morphs into a second term.

Also, just because an official talks about quitting doesn’t mean they will.

But in India, officials in the prime minister’s office are hand-picked for loyalty and tend to stay if the administration is re-elected.

Senior bureaucrats said Modi’s top-down approach, and his orders to work on public holidays, to demand they submit details of their assets, and to clean their own workplaces at the start of a five-year cleanliness campaign in 2014, has widened the gap between the civil servants and the nation’s leader.

Amit Shah, a close aide of Modi and the head of the BJP, in a closed door meeting attended by two ministers in February said bureaucrats continued to suffer from “communist romanticism”, a reference to the alleged influence of the left-leaning Congress opposition party on the bureaucrats.

The ministers, who spoke, declined to be identified.

For some of the 5,000 or so mandarins who run the Indian government, its state-owned entities, as well as administration at state government level, Modi’s style of leadership has been a jolt.

Many of these top officials have received a Western-style education at India’s elite universities or schools overseas and are uncomfortable with the ruling party and Modi’s rough-hewn approach to governance.

The Rashtriya Swayemsevak Sangh (RSS) figures also criticise Modi for not having enough professionally trained experts in place to implement some of his more controversial policies.

“The country needs a professional administration for economic development and can’t depend on generalists,” said Ashwani Mahajan, co-convenor of the Swadeshi Jagran Manch (SJM), the economic wing of the RSS that has campaigned against some bureaucrats.

Last year, Modi proposed bringing in at least ten professionals from the private sector into the civil service at the joint secretary level, but the plan has still to be implemented, and is facing strong resistance from civil servants.

Joint secretaries are two rungs below full secretaries, the top civil servant in a ministry.

A senior finance ministry official said major policy decisions including demonetisation, Modi’s decision to wipe out high-denomination bank notes without warning in 2016 and to hastily launch a goods and services tax that hit millions of small businesses and jobs, were examples of political decisions that didn’t get enough airing among officials before being implemented. Both are thought to have hurt jobs growth, economists say.