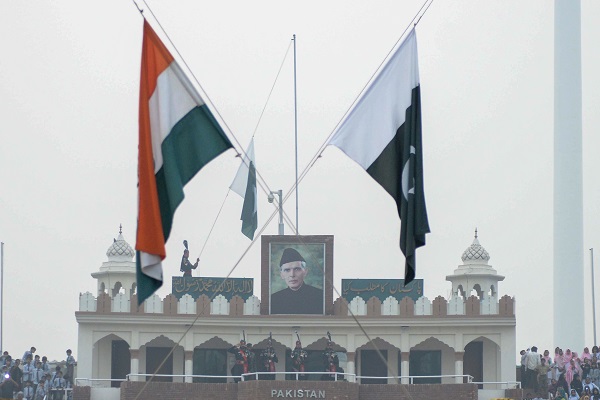 “The tragedy of the Indian subcontinent has been that many of the decisions were taken not at the behest of the people, but at the motivation of a handful of people,” he said after releasing a book on Kashmir by Raghuvendra Tanwar (Photo: NARINDER NANU/AFP/Getty Images).

THE Partition of India was a “miscarriage” of history and it would not have taken place if former prime minister Jawaharlal Nehru hadn’t intruded into his home minister Sardar Vallabhai Patel’s domain, Indian minister Jitendra Singh said Tuesday (16).

Singh, a minister in the prime minister’s office (PMO), also said that the time has come to change the narrative and to raise questions that were never asked in the last 70 years.

“The tragedy of the Indian subcontinent has been that many of the decisions were taken not at the behest of the people, but at the motivation of a handful of people,” he said after releasing a book on Kashmir by Raghuvendra Tanwar.

“The Partition of India had been detested by a majority of the Indian population, including the Muslim community and a forum of Muslim intellectuals and litterateurs by the name Progressive Writers Association, had vehemently opposed it, but the haste and the greed to grab power by dividing the country into two took a toll on public sentiment,” Singh said.

The Partition of India in 1947 was a “miscarriage” of history, its ramifications are being still felt, he said.

“The so-called ‘two-nation theory’, on the basis of which Pakistan was carved out, got defeated with the creation of Bangladesh,” the minister said.

Singh denounced the tendency of some “so-called Kashmir experts” to quote history selectively, saying the time has come to undo this perversion of history.

“The history of Jammu and Kashmir and indeed that of the Indian subcontinent would have been different if only the then prime minister Jawaharlal Nehru had not committed the impropriety of intruding into the domain of his home minister Sardar Patel by keeping him out of the affairs of the state,” he said.

Certain questions that were not raised till now should be put forth now, Singh, a senior BJP leader, said.

One of these, he said, is under what rule had former Jammu and Kashmir chief minister Sheikh Abdullah kept Syama Prasad Mookerjee under illegal detention for 44 days without any charge sheet or court trial.

This happened even though Mookerjee enjoyed certain privileges as an elected member of the Lok Sabha, former Union minister and president of a national political party (Bharatiya Jana Sangh), Singh said.

He also accused the Congress and the National Conference (NC), which was founded by Sheikh Abdullah, of fooling the people of Kashmiri in the name of articles 370 and 35A of the Constitution.

Article 370 grants special status to Jammu and Kashmir and limits Parliament’s power to make laws concerning the state. Article 35A empowers the state assembly to define ‘permanent residents’ for bestowing special rights and privileges on them

These two parties are themselves not sincere in their stand vis-a-vis these two articles, he said.

The NC and the Congress accuse BJP of so-called erosion of article 370, but all the provisions of the Indian Constitution extended to the state of Jammu and Kashmir till date have been brought by the Congress and NC governments, Singh said.

However, there is a silver lining as the post-1990 generation which comprises nearly 70 per cent of the population, even in the Kashmir valley are aspirational youths who are no longer ready to be “bluffed” by the political tricks of the gone decades, the Indian minister said.