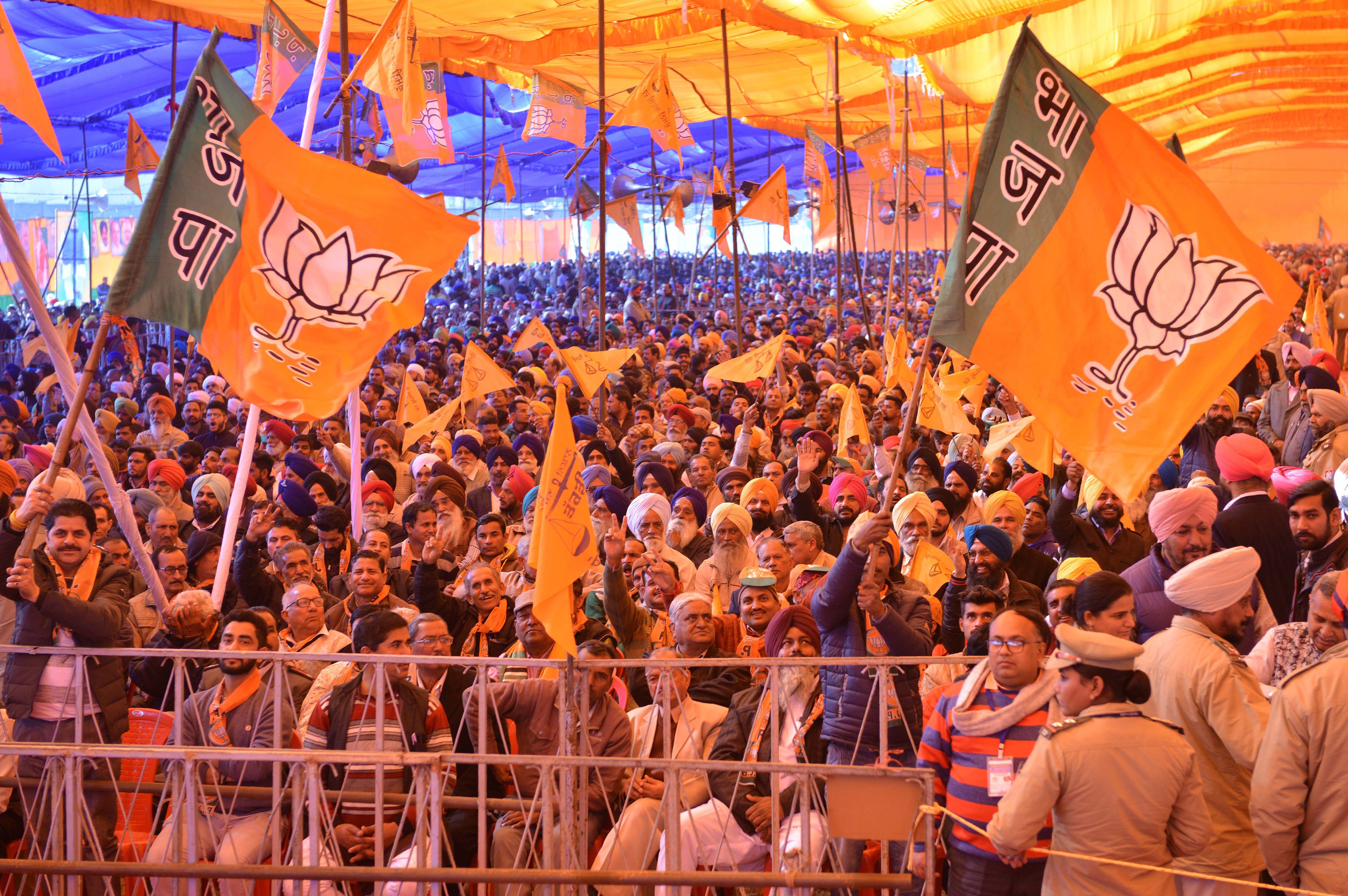 At the press conference, Jain said Indian Muslims have no reason to worry over any citizenship exercise, be it the NPR (National Population Register) or the NRC, and asserted that India’s only religion is its Constitution (Photo: NARINDER NANU / AFP) .

Indian prime minister Narendra Modi’s ruling party could lose a quarter of its seats in India’s parliament with an electoral wipeout in the most populous state, if the Congress Party were to join an opposition alliance there, an opinion poll showed on Wednesday (23).

Modi’s Bharatiya Janata Party won 282 seats in the 545-seat parliament in the last election, including 73 out of the 80 seats from Uttar Pradesh, a giant northern state of more than 200 million people.

But the India Today-Karvy Insights Mood of the Nation poll forecast that the number of seats held by the BJP in the state could plummet to just five, if Congress were to join an alliance set up by other opposition groups. The next general election is due by May.

The shock poll comes after the BJP lost elections in five state assemblies late last year, including three that it had controlled, largely because of rural anger about low farm incomes tied to weak crop prices.

An alliance of three Uttar Pradesh parties – Samajwadi Party (SP), Bahujan Samaj Party (BSP) and Rashtriya Lok Dal – could win 58 seats without Congress, the poll showed. BJP and its ally in the state, Apna Dal, would win 18 seats in that scenario and Congress would have four.

“The Congress party will fight in all the seats on its own, but a post-poll alliance with SP-BSP is in the offing,” Congress spokesman Sanjay Jha told Reuters. “We are all ideologically compatible and are committed to defeating the fascist corrupt BJP.”

The BJP dismissed the survey, for which a total of 2,478 people were polled in Uttar Pradesh. Opinion polls have a mixed record in the country of 1.3 billion people, where regional issues often overshadow national concerns.

“It’s a poll even before the election has been announced and before parties are actually involved in electioneering,” BJP spokesman Nalin Kohli said. “In any case, it is painting a rather pessimistic figure for the BJP, which we believe will not be the situation in any circumstance.”

Political analysts, however, say the coming together of the SP and BSP, which have both separately governed Uttar Pradesh and mainly represent Hindus of the lower castes and Muslims, could pose a formidable challenge to the ruling party.

Following the state election losses, Modi is considering a series of vote-catching measures, including directly transferring money to farmers, which may cost more than Rs 1 trillion ($14 billion), according to government sources.

“It won’t be possible for the BJP to fracture this alliance,” said Badri Narayan Tiwari, a political analyst based in the Uttar Pradesh city of Prayagraj.

On Wednesday, the government appointed railways minister Piyush Goyal as interim finance minister while Arun Jaitley, also a top lieutenant of Modi, receives medical treatment in the United States ahead of an interim budget on February 1.

The poll and Jaitley’s medical condition could impact Indian markets on Thursday (24).