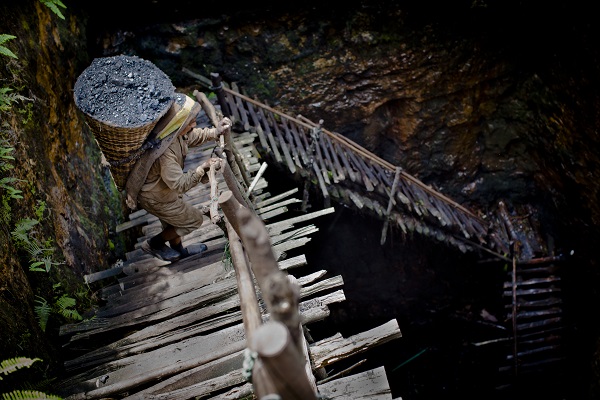 The state government had “entirely failed to stop illegal mining, which is the cause of degradation and pollution”, and must end illegal mining and rehabilitate the environment, it said on Wednesday (3) (Photo: Daniel Berehulak/Getty Images).

INDIGENOUS people in an Indian state must be protected from illegal mining and the pollution it causes, the country’s top court ruled, providing a historic victory to tribal groups fighting for better rights over land and natural resources.

Indigenous people, who own much of the land in northeastern Meghalaya state, have full rights over the land and any resources on it, and only they can grant permission for mining after the correct permits are obtained, the Supreme Court ruled.

The state government had “entirely failed to stop illegal mining, which is the cause of degradation and pollution”, and must end illegal mining and rehabilitate the environment, it said on Wednesday (3).

The heavily forested state of Meghalaya has substantial reserves of minerals such as coal, limestone and uranium.

At its peak, the state produced coal worth $4 billion a year, or about a tenth of India’s total production.

But the decades-long rush to mine coal has led to thousands of so-called “rat-hole” mines that use migrant workers and children to descend hundreds of feet on rickety bamboo ladders.

Hundreds of workers including children have died in these illegal mines, according to human rights groups.

Thousands of these mines continue to operate despite a ban in 2014 by India’s environmental court, the National Green Tribunal.

In December, at least 15 miners were killed when they were trapped in a rat-hole coal mine in Meghalaya.

Illegal mining had made businessmen and corrupt officials wealthy, but “exacerbated socio-economic inequality, destroyed the environment, and devastated tribal communities,” said Colin Gonsalves, a lawyer for the indigenous groups that filed the legal challenge.

India’s constitution protects the right of indigenous people over their land and resources in four northeastern states including Meghalaya, but in reality, government authorities control the land, and communities seldom benefit, he said.

“The court’s ruling is significant, as it upholds the communities’ rights and strengthens their fight against illegal mining,” Gonsalves said.

“But their struggle to control their land and resources is far from over,” he told on Thursday (4).

The state’s chief minister Conrad Sangma said authorities had penalised businesses and individuals for mining and environmental violations, and that they would continue to ensure the law is upheld.

The Supreme Court judgment is “landmark and historic as it gives back the entire ownership to the people. This is the biggest victory,” he said in a statement.