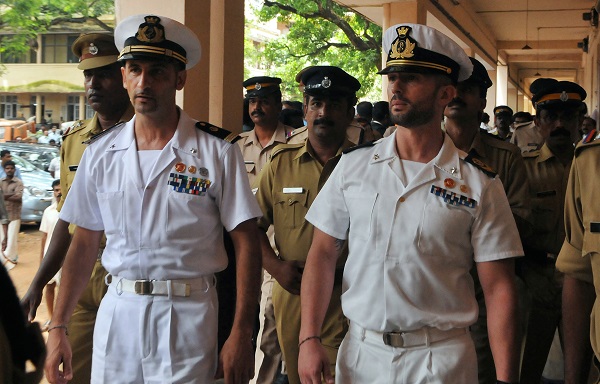 AN international arbitration court Monday (8) began hearing into Italy’s request to direct India to drop all criminal prosecution against two Italian marines accused of killing two Indian fishermen off the Kerala coast in 2012 and grant Rome jurisdiction in the case.

Italy’s representative to the International Court of Arbitration, Francesco Azzarello, said Rome should have jurisdiction over the case because the two marines – Massimiliano Latorre and Salvatore Girone – were functionaries of the Italian state doing their duty on board an Italian flagged ship in international waters.

“In India’s eyes there is no presumption of innocence: the marines were guilty of murder even before the charges were laid,” he was quoted as telling the court by Italian news agency ANSA.

In response, India’s representative G Balasubramanian told the court that “Italy maintains it has the exclusive jurisdiction in the case but one must take into account the fact that India and the two fishermen are the victims in this case.”

Balasubramanian said two fishermen aboard an Indian boat were killed by individuals who were on a merchant ship.

The marines were aboard the Italian-flagged commercial oil tanker ‘Enrica Lexie’ when they killed the two Indian fishermen.

The complaint against them was lodged by Freddy, the owner of fishing boat ‘St Antony’ in which the two Kerala fishermen were killed when the marines opened fire on them allegedly under the misconception that they were pirates.

Currently, the two accused marines are in Italy.

Latorre, who had suffered a brain stroke on August 31, 2014, was first granted bail and allowed by the Supreme Court on September 12, 2014 to go to Italy for four months and after that, extensions have been granted to him.

In Italy, Latorre had to undergo a heart surgery after which the top court had granted him extension of his stay in his native country.

On September 28, 2016, the apex court had allowed Latorre to remain in his country till the international arbitral tribunal decided the jurisdictional issue.

On May 26, 2016, Girone was also granted bail and allowed by the Supreme Court to go to his country till the jurisdictional issue was decided.