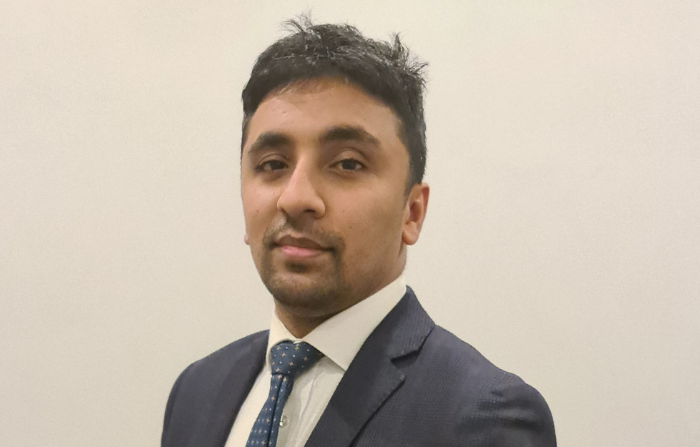 BRITISH-ASIANS have excelled in various walks of life in the UK, including politics. From the highest level in politics to the grassroots, there is no dearth of faces who have migrated to the UK from some other part of the world or are descendants of people who have reached the shores of Britain decades ago and grew up as influencing power.

It is not that these people have restricted themselves to either of the two big political camps either. They have thought beyond the regular and supported parties and causes that are otherwise not trending in the mainstream. It is their way of seeing the world from a different perspective which has made this section of British-Asian special and one such individual is Maroof Raouf, the councillor of Nether Edge & Sharrow ward in Sheffield.

Raouf represents the Green Party, which he joined in 2019, and is one who believes in making sure people are held accountable for their acts. A proud immigrant who can speak several languages, Raouf feels people are being oppressed deserve a voice and often speaks up for them at many protests to bring their causes to headlines.

A man who has worked in various countries and cultures, is a teacher by profession and eyes a drastic reform in the field of education.

India Weekly recently spoke to Councillor Rouf and during the conversation, he spoke with great interest to reveal his political thoughts and beliefs and how he envisions his future in the field.

When he was asked about the reason for entering politics and the time when he did it, Raouf said politics was a natural progression in him since he had always enjoyed debating.

“I first got into politics in 2010 when a zebra crossing was proposed near my home at the time and really respected the Greens in how they pushed for the crossing as they wanted to ensure the safety of all when crossing such a busy road,” he said.

What exactly was Raouf’s moment of political awakening? To this, the Green Party leader said it happened when he was working abroad in 2013 and witnessed that bribery was prevalent in all societies and it was just called by the name of lobbying in the West.

But why did he choose the Green Party instead of the more established Conservative and the Labour? Answering this, Raouf said in a convincing tone that he chose to join the Greens as he felt they were the most serious in bringing effective changes for the future generations.

Being a first-time councillor, what does his work primarily involve? According to Raouf, his job mainly involves helping constituents with a broad range of enquiries from getting the hedges trimmed to helping with housing queries to pushing for more active road-safety moves.

When India Weekly asked whether there is something in this work that makes him excited, Raouf said it is meeting with new people and helping those who may not be as “fortunate” as himself. The democrat in Raouf becomes visible when he said that he is particularly interested in ensuring that diverse voices in his city are heard. He added that he pushes those constituencies to come forward and part of the decision-making process.

But there is also something in public life that turns him off. Raouf hates the number of hours a day to become an effective councillor.

The man, who works as a teacher in the day, conceded that it is not too easy to balance the work of a councillor and a full-time teacher.

“However, my work has been considerate of my public duties and have worked with me to devise a workday that works around council meetings. I also find that having a specific cut-off around ‘what time I will work’ helps me maintain a healthy work-life balance,” he said.

Raouf, who said the most pressing issues in his constituency are litter, parking and road safety, also harbours a broader view. He is thoughtful about issues that the Asian community in Britain is facing and spoke about the challenge of hate crime.

“Only this last week there was racist and Islamophobic graffiti, which was quite distressing, sprayed on a public stairwell in my ward. Once I found out about it, I was able to gather a number of constituents together to go around and paint over it, I am particularly grateful to those constituents who acted quickly in alerting me and then removing the graffiti.

“I feel like the Asian community has suffered so much racism, with anyone that looks like they have brown skin being called a P*ki, that it is now second nature to them and they don’t think much of it. However, the Asian community needs to be encouraged to call out all forms of racism so the public can see how big of an issue hate crime is and start the work on eradicating it.

“Half the religious hate crimes in Britain in the year to March 2020 were targeted towards Muslims the Home Office reported last year. I also think mental health is another big issue that the Asian community is facing as it is not talked about much in households and a lot of people are not getting the support they need,” he added.

Raouf also has a critical viewpoint over the barriers that Asians face if they want to make progress in politics. According to him, politics is still not seen by parents as a viable career choice for their children. He is also disappointed over the fact that Asian politicians are not bold enough to stand out from the crowd and go against the interests of their own party.

“How many of the Asian Tory party councillors or MPs called out Boris Johnson’s comments on Muslim women as Islamophobic?” he asked while responding to India Weekly’s question over Asian politicians.

What would be his priority if he was a council leader for a day?

To this, Raouf said he would make public transport free for the day so that people could experience it as a viable alternative to travelling by car.
Raouf, who would like his political colleagues to call him a “pragmatist”, was asked about his achievements as a councillor and he said, “I have pushed for the CAZ in Sheffield to change from a CAZ C+ to a CAZ C so less taxi drivers (mainly of an Asian origin in Sheffield) are impacted. I have increased the awareness of public consultations by pushing out said consultations to constituents more regularly so all have the opportunity to air their views, not just the chosen few.

“I have pushed for a particular school to increase the number of staff they have on duty so that all children feel safe and protected whilst on school grounds. I have helped increase awareness of the School Streets scheme which aims to improve child health and safety by closing roads around schools and I am currently liaising with a number of schools to help them on the road to being a part of the School Streets scheme.”

Does Raouf aim for something big in politics? The councillor said while replying that he wants to continue as he is at the moment and strive for equality through raising voices of those who are at the bottom.

The Green Party leader is an admirer of Labour leader Jeremy Corbyn who he called as someone who “has always struck to his principles” and he said it is something that should be admired in politics since politicians are often seen telling different things to different people.

Finally, Raouf, whose political motto is “persist, persist, persist”, was asked about the COP26 climate summit which was held in Scotland last month and he sounded less optimistic about its success.

“The world has done too little to tackle climate change and world leaders still continue to bury their heads in the sand. Tackling climate change will require a radical transformation and world leaders are currently showing their impotence by pushing items that are irrelevant or far too long in the future to have any meaningful impact now,” he said.

Indian-American boss, who fired 900 on Zoom call, is back