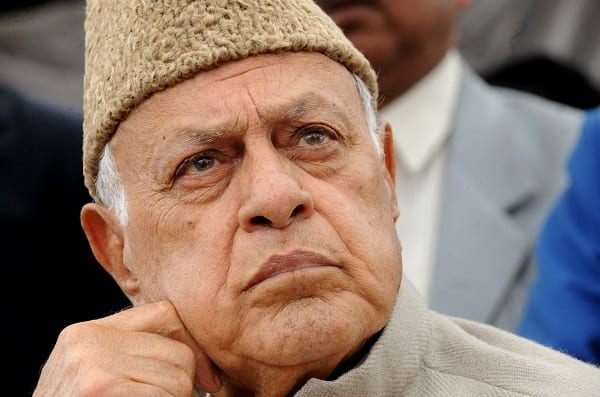 FORMER Jammu and Kashmir chief minister Farooq Abdullah, under detention since August 5, has now been booked under a provision of the stringent Public Safety Act (PSA) which allows authorities to detain an individual for six months without trial, official sources said on Monday (16).

The tough law against the 81-year-old patron of the National Conference, confined to his home since the government revoked Jammu and Kashmir’s special status, was imposed on Sunday (15), the sources said.

The three-time chief minister’s Gupkar Road residence has been declared a jail through a government order, they said.

Abdullah, the Lok Sabha MP from Srinagar, is the first Jammu and Kashmir chief minister to be booked under the PSA.

His detention under the PSA came a day before the Supreme Court on Monday asked the Centre and the Jammu and Kashmir administration to respond to a plea that the former chief minister be produced before a court.

The petition was filed by MDMK leader Vaiko, who sought Abdullah’s release so he could attend an event in Chennai. Vaiko and Abdullah are said to be close friends for four decades.

The PSA is applicable only in Jammu and Kashmir. Elsewhere in the country, it is the National Security Act (NSA).

Abdullah’s son and former chief minister Omar Abdullah and another former chief minister, Mehbooba Mufti, as well as several other leaders have also been under detention since August 5, when the government announced the abrogation of Jammu and Kashmir’s special status under Article 370 and the bifurcation of the state into the union territories of Jammu and Kashmir, and Ladakh.