Jammu And Kashmir To Host Investors’ Summit In October 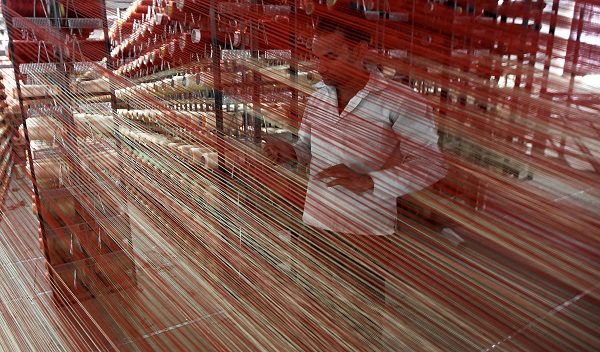 During the three day investors’ meet, the participants can assess the business- friendly policies of the government, infrastructure, natural resources, raw material, skill and un-skilled manpower available, and find out business opportunities in the region to revive the JK’s economic development (Photo: STRDEL/AFP/GettyImages).

JAMMU AND KASHMIR (JK) state administration will organise a three-day world investors’ summit in a bid to boost the region’s economic development.

The three-day-long summit is scheduled to start from October 12 in Srinagar, the biggest city in JK region.

The Confederation of Indian Industries (CII), an industry body will be the national partner for the investors meet.

An MoU has been signed by Jammu and Kashmir Trade Promotion Organisation (JKTPO) and CII to organise the summit.

The latest move by the state administration is expected to provide an opportunity to JK to showcase its capabilities and potential.

The businesses, trade and industry bodies will get an opportunity to know more and have primary data on the JK through three day long investors’ summit to be held in October.

During the summit, the participants can assess the business-friendly policies of the government, infrastructure, natural resources, raw material, skill and un-skilled manpower available, and find out business opportunities in the region to revive the JK’s economic development.

Indian businesses and industry bodies have already welcomed the Indian government’s latest decision which scrapped special status given to JK region under Article 370.

The Associated Chambers of Commerce and Industry of India (ASSOCHAM), one of the apex trade associations in the country has appreciated the federal government’s move which scrapped special status of JK region.

Describing the decision to abrogate Article 370 of the Indian Constitution as historic and leading towards the one nation one constitution, ASSOCHAM president B K Goenka said the bold move by the government under the leadership of prime minister Narendra Modi would strengthen India’s sovereignty and pave the way for peace and development in the JK.

Goenka added that the restructuring of the paradise state into union territories will weave them more intricately with the national fabric.

He added: “bold step would open up the flow of investments into the sectors like tourism, real estate, handicrafts, horticulture and food processing, among others. The multiplier effect would enhance the employment opportunities and contribute to India’s all-round prosperity.”

ASSOCHAM has decided to set up a regional office in JK.

In a bid to support JK’s economy, the Indian government recently scrapped the special status provided to JK under Article 370 of the country’s constitution as the provision had curbed the state’s economic development.

Many Indian business tycoons have expressed their interest to invest in JK after the federal government scrapped the special status of the region last week.

Dalmia Group chairman Sanjay Dalmia was one among the many Indian businessmen who have shown interest in investing heavily JK.

Dalmia said he would hand over a proposal to the country’s prime minister Modi in the next 60 days.

The business tycoon added that his future plan for the Himalayan region includes reviving a closed factory in Jammu.

Indian billionaire, Reliance Industries Limited (RIL) chairman Mukesh Ambani on Monday (12) declared that his business group would make announcements related to investment in the newly formed Jammu and Kashmir, and Ladakh union territories in the very near future.

Ambani also added that the Reliance will form a special task force aimed at making investments in the Himalayan region.