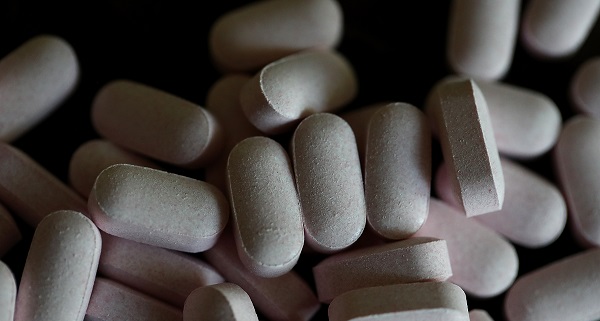 The latest move has come a month after its India-born founder and four other former executives were convicted of bribery and racketeering conspiracy, fuelling a national opioid crisis which claimed lives of tens of thousands of people (Photo: Justin Sullivan/Getty Images).

AMERICAN pharmaceutical major Insys Therapeutics has filed for bankruptcy and will sell all its assets, the company has announced.

The latest move has come a month after its India-born founder and four other former executives were convicted of bribery and racketeering conspiracy, fuelling a national opioid crisis which claimed lives of tens of thousands of people.

John Nath Kapoor, who founded Insys Therapeutics in 1990, was found guilty of criminal conspiracy by a jury in Boston in May.

India-born Kapoor, 76, a onetime billionaire, was convicted along with four other former executives of the company.

They face up to 20 years in prison.

Insys Therapeutics, a specialty pharmaceutical development and distribution company, said Monday (10) it had filed voluntary cases in the US Bankruptcy Court in the District of Delaware to facilitate the sale of substantially all of the company’s assets and address the company’s legacy legal liabilities.

The Arizona-based company said it intended to continue operating its business in the ordinary course while it pursues these transactions through the court-supervised sale process.

The company’s former executive chairman Kapoor was convicted by a federal jury in Boston in connection with bribing doctors to prescribe the powerful opioid Subsys, a highly-addictive sublingual fentanyl spray intended for cancer patients experiencing breakthrough pain, unnecessarily and at higher-than-recommended dosages.

Amid a growing opioid crisis in the US, the convictions were seen as the first successful prosecution of top pharmaceutical executives for their “reckless actions” in fuelling the opioid epidemic, which has claimed the lives of tens of thousands of people over two decades.

Between 2012 and 2015, Insys allegedly paid doctors to prescribe its potent opioid medication and then lied to insurance companies to ensure that the expensive fentanyl-based painkiller would be covered.

According to the Centers for Disease Control and Prevention, almost 400,000 people in the US died from overdoses involving prescription or illicit opioids over the past two decades.

Last week, the company reached a $225 million settlement with the justice department over fraud charges.

One of the company’s subsidiaries pleaded guilty to five counts of mail fraud as part of the settlement.

The company would pay a $2m fine and $28m in forfeiture.

As part of the civil resolution, the company agreed to pay $195m to settle allegations that it violated the False Claims Act.

Both the criminal and civil investigations stemmed from the company’s payment of kickbacks and other unlawful marketing practices in connection with the marketing of Subsys.

The company said throughout the court-supervised Chapter 11 bankruptcy process, it intended to utilise existing cash on hand and operating cash flows to support its continued operations, including payment of all employee wages and benefits without interruption and continuing programmes offered to customers.

The chief executive officer at INSYS Therapeutics Andrew Long said: “After conducting a thorough review of available strategic alternatives, we determined that a court-supervised sale process is the best course of action to maximise the value of our assets and address our legacy legal challenges in a fair and transparent manner”.

The Chapter 11 process is intended to facilitate an auction and sale process for the company’s creditors.

INSYS aims to complete the asset sales within 90 days and address creditors’ claims at the earliest.

According to court documents, Kapoor has a 63 per cent stake in the company.