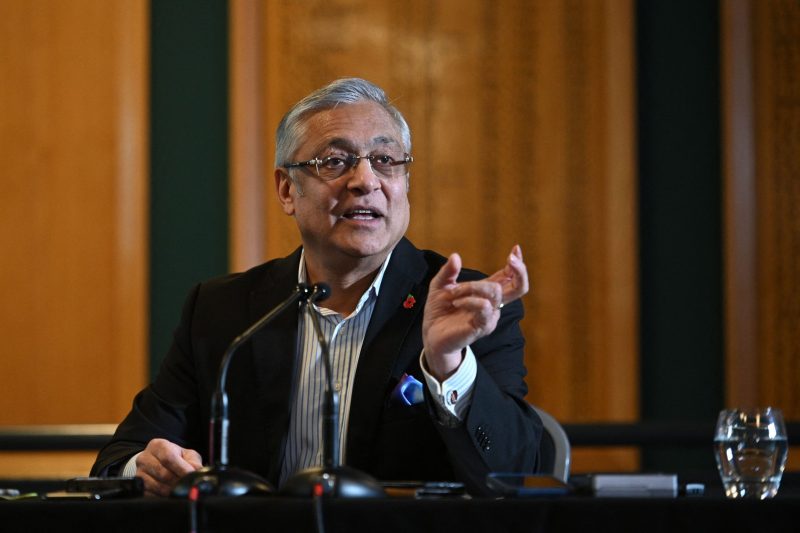 LORD PATEL has threatened to quit Yorkshire over the bitter civil war to engulf the club since the Azeem Rafiq racism scandal, according to a media report.

He has written to the England & Wales Cricket Board (ECB) amid calls for him to resign over his handling of the fallout from the scandal, reported The Telegraph.

Patel took charge in November in the wake of the Rafiq racism scandal and is trying to push through reforms to ensure the club’s international status is restored by the ECB.

The ECB deadline for debt-ridden Yorkshire’s members to vote through proposed reforms they have been told are essential to their international status being restored falls on March 31.

However, the legality of the entire process has been repeatedly and vociferously contested by former chair Robin Smith, who also claimed the Labour peer could be held personally liable for millions of pounds in compensation over the sacking of the club’s entire coaching team, The Telegraph report added.

“Without firm formal support from ECB I am left wide open legally to be sued. I cannot carry on in this position. I have now told YCCC that I will step down working seven days a week and simply do what I can pro bono (as hopefully the team can get on with the work needed). But the issue of Robin and his colleagues still remains and it feels like no one is prepared to tackle him?” Lord Patel warned in a letter to senior ECB figures, including chief executive Tom Harrison.

“I believe that all his demands will not fulfil ECB conditions? However, if it allows the club to move forward properly I am more than happy to step away.”

According to the report, Smith’s “demands” centre on scrapping of plans to appoint a majority of non-Yorkshire members to the board.

He has warned repeatedly in recent weeks of the consequences of forcing through reforms at an extraordinary general meeting now scheduled for March 31 itself.

“Please do not conclude, even less state publicly, that these problems are the concern of a tiny minority of trouble-makers. On the contrary, they are shared by a large number of members, many of whom have telephoned me over the last few weeks to express their outrage at the ECB threat and their support for those of us who are insisting that the club and the ECB act in accordance with its rules and the law,” Smith wrote in an email to Lord Patel, as reported by The Telegraph.

“Let me tell you, too, that there is deep, widespread concern throughout Yorkshire cricket at your actions to date, particularly at the summary sacking of 16 loyal and blameless people, who are now wrongly seen as tainted with racism and are unemployable in their chosen careers. Countless Yorkshire members do not wish to be associated with this unjustified and brutal episode.”

He also asked about “contractual and other obligations” owed by the ECB to Yorkshire and “the extent of the compensation due to the club”.

“The ECB board is deeply concerned about reports of division at Yorkshire CCC. Given all that we have heard from Azeem and others about the club, it has been absolutely clear that reform is needed. Lord Patel has set out a significant and serious plan to make Yorkshire CCC a modern and diverse club capable of representing and engaging all communities in Yorkshire,” a club spokesperson told The Telegraph.

“We want to see all parties work together to support Lord Patel in the reform package he has set out. It is not acceptable for anyone to stand in the way of progress at YCCC.”