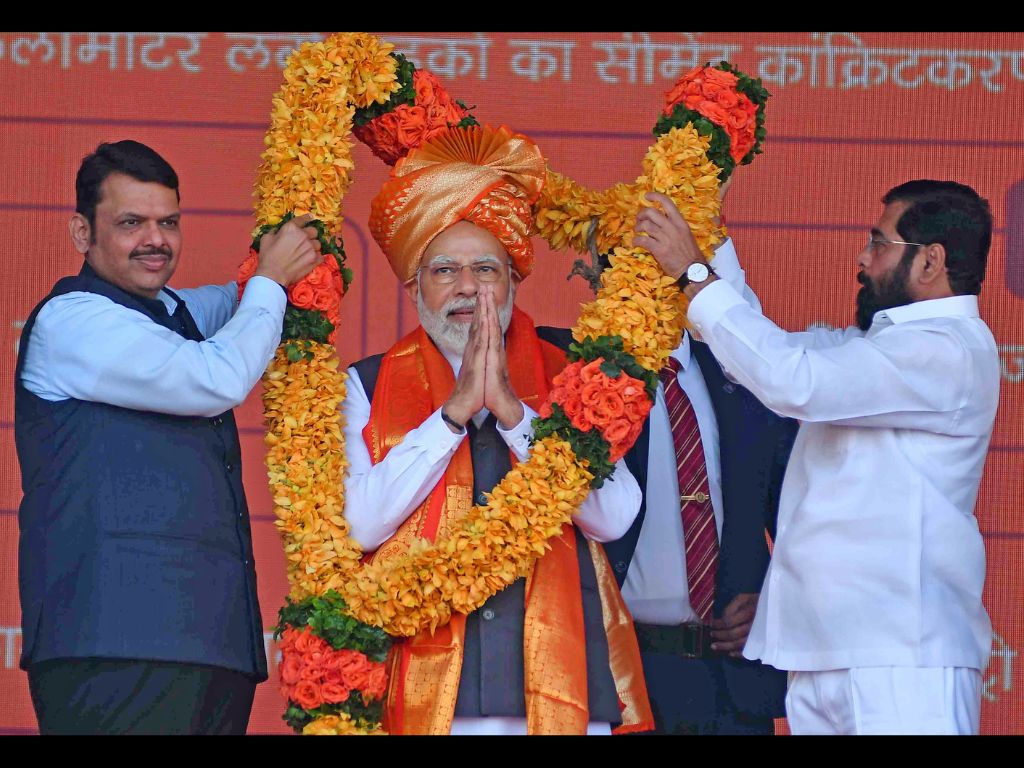 Eknath Shinde (R), the chief minister of the Indian state of Maharashtra, and his deputy Devendra Fadnavis (L) felicitate prime minister Narendra Modi with a garland at an event in state capital Mumbai on Thursday, January 19, 2023. (ANI Photo)

The Mumbai Police arrested a man for allegedly entering a mega rally attended by Indian prime minister Narendra Modi in the city on Thursday (19), posing as an army personnel, sources in the police said on Saturday (21).

The man, aged 35, is from Navi Mumbai and he was arrested 90 minutes before Modi was to reach the Bandra Kurla Complex, Mumbai Police officers said, according to an ANI report.

The accused tried to enter the high-security VVIP area by claiming himself to be a Naik from the “Guards Regiment” of the army, it was said.

The accused was identified as Rameshwar Mishra, a science graduate who was stopped by the Mumbai Crime Branch officials on suspicion around 3 pm local time.

Mishra was produced in Bandra court on Friday (20) and was sent to police custody till January 24.

He also inaugurated and laid the foundation stone of projects worth around Rs 38,800 crore in the city.