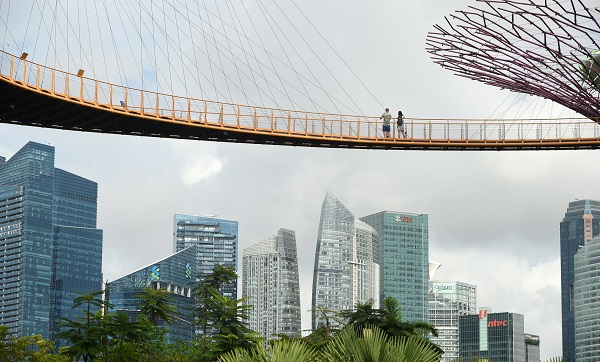 A 40-YEAR-OLD Indian-origin homeless man in Singapore was sentenced to six-and-a-half years in jail for sexually assaulting a woman who was in a “vulnerable state due to intoxication.”

District Judge Carol Ling also punished Thiruchelvam Maniam with three strokes of cane on Monday (2) after he pleaded guilty in the case, The Straits Times reported on Tuesday (3).
Deputy Public Prosecutor Sruthi Boppana said that Maniam spotted a couple in an inebriated situation sleeping on a bench at a public bus stop on April 20 last year.

He carried the woman to another spot and sexually assaulted her.

Maniam ran away when the 30-year-old woman woke up and alerted the police. He was arrested later in the day.

Bopanna told the judge that due to intoxication, the pair decided to rest on a bench at a bus stop where they both fell asleep and Maniam spotted the couple as he was walking past the duo.

“He paced around the bus stop for approximately 30 minutes while avoiding being seen by passers-by.

“After ensuring that no one was around, the accused then picked up the victim and moved her to another bench at the same bus stop, away from her boyfriend,” Bopanna said.

Urging the judge to award Maniam at least seven years in jail with three strokes of the cane, Bopanna said he had “taken advantage of the victim who was in a vulnerable state due to intoxication.”

Defence lawyer Michael Chang, who was assigned to the case under the Criminal Legal Aid Scheme, told the court that his client was remorseful and ashamed of his actions.