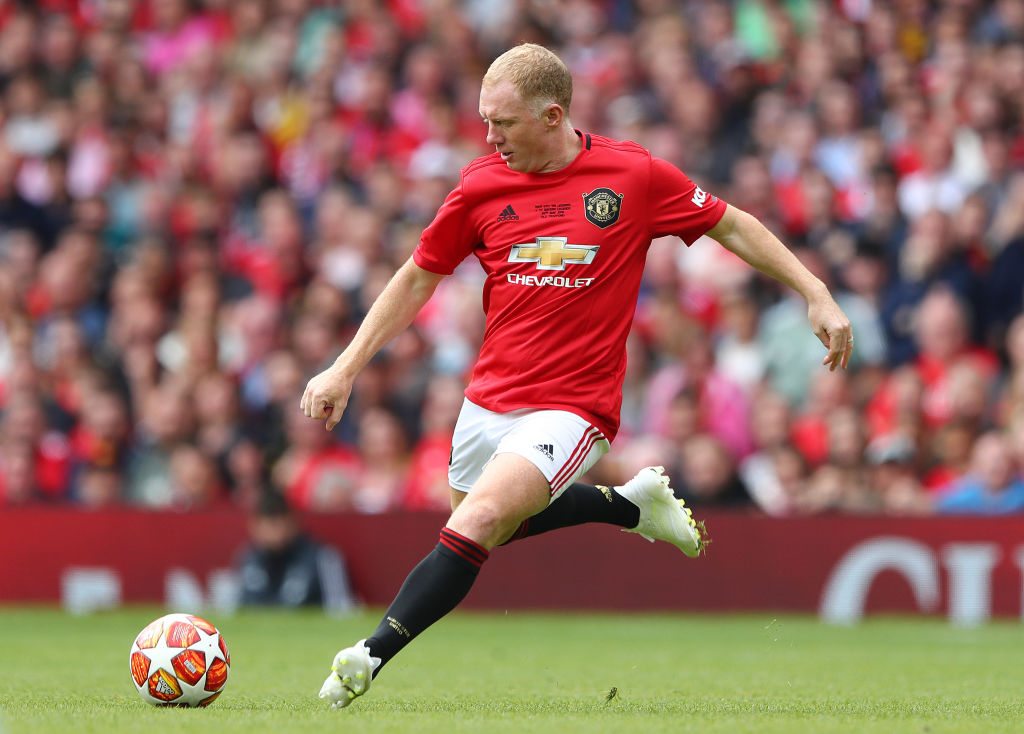 Former Manchester United star Paul Scholes has named the funniest teammate he had during his time in the Red Devils camp and it is Nicky Butt.

In a recent conversation with football pundit and his former Manchester United colleague Gary Neville, Scholes discussed 18 topics, seemingly a tribute to the jersey number that he wore. He sported No.22 on his shirt upon his return from retirement in early 2012 but it was his No.18 shirt that made his name famous.

When Neville asked Scholes, 47, about the funniest teammate he has played with, he picked Butt and also shared an incident that happened in the United dressing room when both were playing for the reserves.

“Nicky Butt, just funny isn’t it? Just got to look at him and he’d make you laugh. He did some stupid stuff out there. Was you in the dressing room at Old Trafford when we was playing for the reserves? You have the whiteboard don’t you where Jim Ryan comes in and announces the team.”
Scholes said, adding, “So we’re all sat there about half 12 before the two o’clock kick-off. He writes, ‘Butt, Butt, Butt’ in a 4-4-2 formation with a permanent marker and he couldn’t get it off.”

Butt, also 47, made 384 appearances for the Red Devils during his 12-year stint.

For the trivia lovers, Cristiano Ronaldo came on for Butt, who played as a central midfielder, to make his debut for Manchester United in August 2003.

After cricket, Indian football too gets president from Bengal: Who is Kalyan Chaubey,…