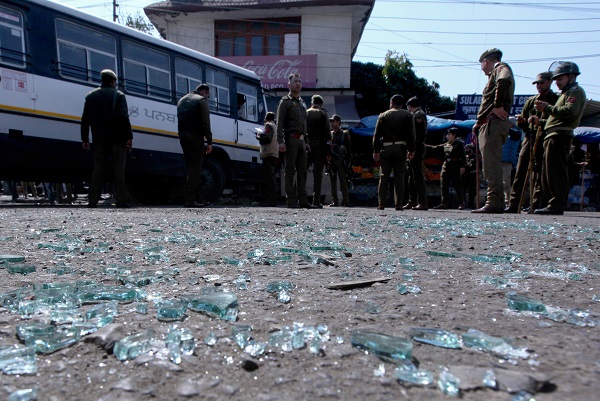 Indian police inspect the site of a grenade blast at a bus station in Jammu on March 7, 2019. Eighteen people were injured when a grenade exploded at a bus stop, police said. (Photo: RAKESH BAKSHI/AFP/Getty Images).

A grenade explosion orchestrated by a Pakistan-based militant group at a bus stand in the Indian city of Jammu killed one person and wounded at least 32 on Thursday (7), police said.

The blast came three weeks after an attack by another Pakistan-based group killed 40 Indian paramilitary police in Kashmir, escalating tensions between the two countries.

“He arrived in Jammu yesterday and carried out the attack this morning, and was fleeing back to Kashmir when he was arrested by police at a checkpoint,” Jammu police chief MK Sinha told reporters.

Jammu and Kashmir state is divided between Kashmir, a Muslim-majority region that sees a large amount of militant activity, and Jammu, a Hindu-majority region and home to a city of the same name, where such action is less common.