Millions of men failed to do this simple arm movement which women can do with ease! 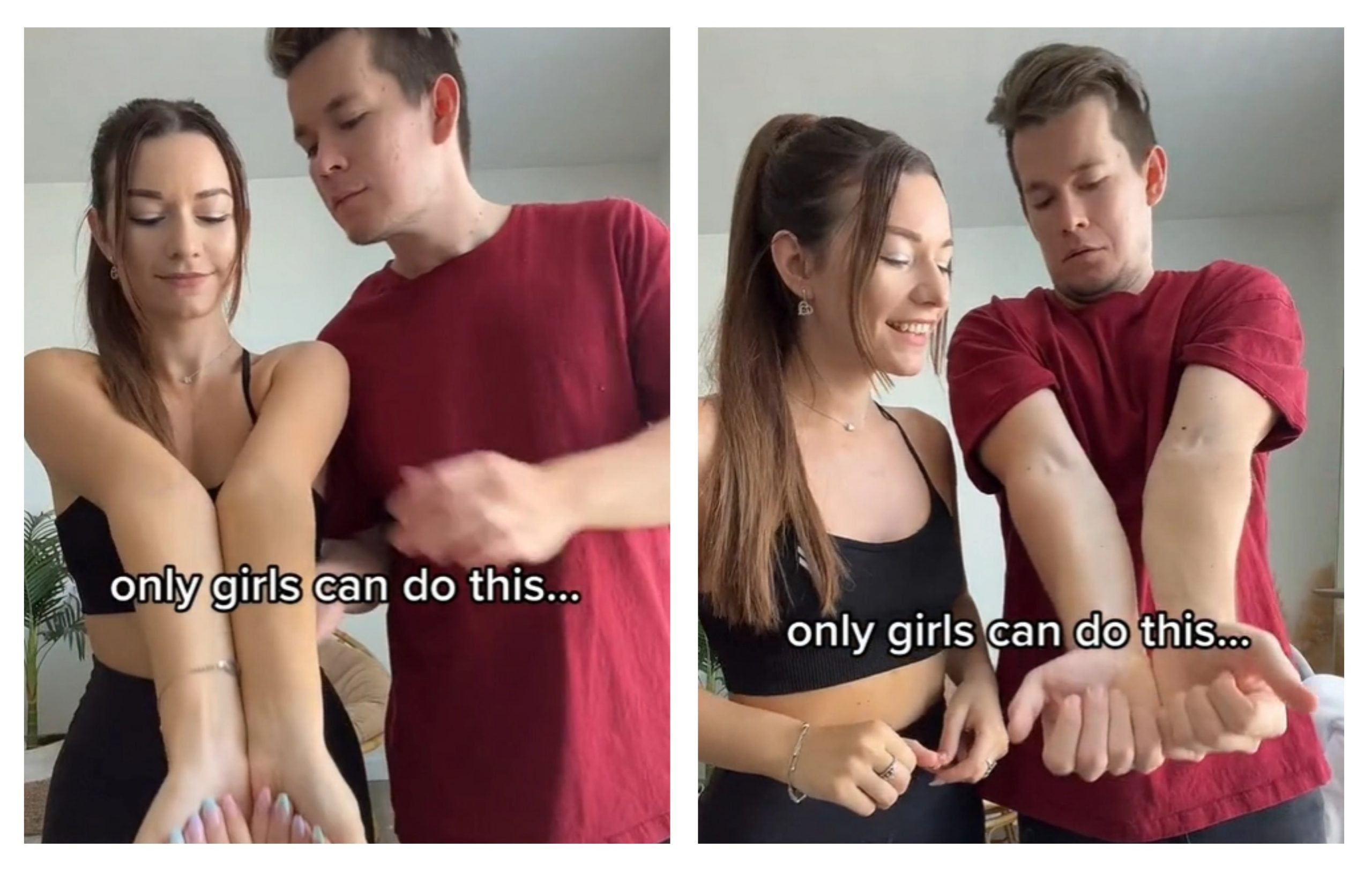 Women and male anatomy are evidently different in many ways. While some differences may be blindingly obvious, others are not so.

In a recent video on TikTok that has millions of views, a couple has demonstrated a simple arm movement that shows the bizarre differences in male and female anatomy.

The video, which states “only girls can do this…”, has been watched almost 2.5 million times, The Sun reports.

In the video the couple can be seen standing side by side; Jemmi, from San Diego, places her forearms and elbows together with her hands in fists. She then lowers her arms in front of her, so her palms are facing up.

Her boyfriend Russ also attempts the “tricky” move but is unable to do it as well.

So, while Jemmi can keep her elbows together, Russ is unable to close the gap between his elbows. The couple have reportedly claimed that this is standard for men.

Therefore, while women all over the social media platform showed off doing the tricky arm movement, men repetitively failed, The Sun said.

In another YouTube video titled “Women Have Weird Elbows”, Justin from the Institute of Human Anatomy discusses the so-called “carrying angle”.

According to MailOnline , this is thought to be why women can do the simple arm trick while men cannot.

The Sun states that the carrying angle is the gap that forms between your body and elbow if you were to:

• Stand with your arms out in front of you with your palms facing upward.

• Extend your arms out and bring them to the side of your body, with your palms facing away from you.

The gap that forms between your body and elbow is called the carrying angle.

This angle allows your arms to swing by your body without hitting your hips (which are wider than the shoulders) for activities such as walking.

When your arms are held out at your sides and your palms face forward, your forearm and hands should normally be about 5 to 15 degrees away from your body – this is the normal “carrying angle” of the elbow, informs MedlinePlus.

Radiopaedia.org informs that normally a woman’s angle is 14° away from the body, while a man’s is 11°.

The Sun informs that this may be because women have wider hips than men, and therefore need more space to swing their arms.

A decreased carrying angle can reportedly result in the forearm pointing towards the body, known as gunstock deformity.

Justin is reported to have said that research shows that the carrying angle is larger in shorter people (and women tend to be shorter than men), thus the larger carrying angle.

Factors such as this could probably explain why some men will still be able to do the arm movement trick, while women cannot.

Also, according to one school of thought – men are probably unable to perform the arm trick well because both men and women have a different centre of gravity (the point where a person’s total weight is concentrated).