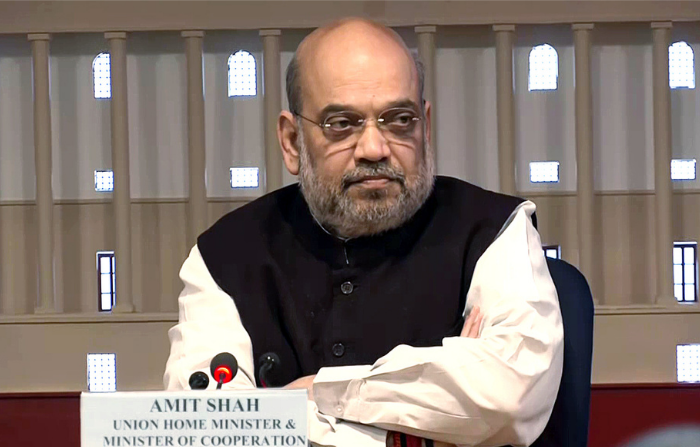 INDIAN home minister Amit Shah on Saturday (4) lauded the Narendra Modi government saying it was for the first time that the country’s government brought the defence policy outside the shadow of the foreign policy with surgical and air strikes after the Uri and Pulwama attacks, respectively – a ‘nation first’ move that put India in the league of countries like the United States and Israel.

Speaking at the Hindustan Times Leadership Summit in New Delhi, Shah, who is also the second most-powerful leader in the ruling Bharatiya Janata Party after prime minister Modi, said the strikes made by India were a determined response against terror besides a demonstration of the government’s resolve to put the nation first.

“In the past, there was no retaliation to incidents of incursions when terrorists would come, kill our soldiers and go back. It is for the first time, our prime minister decided that violation of our borders is not going to be easy.

“The entire world was surprised when Indians gave a befitting response to the terror strike by hitting them inside their homes (‘ghar me ghus kar’) through the surgical strike and air strikes,” Shah said without mentioning Pakistan.

Mentioning the surgical strikes post the Uri attacks in 2016 and the air strikes targeting terror camps across the border after the Pulwama strike in 2019, Shah said India had set an example.

According to Shah, countries like the US and Israel carried out such strategic manoeuvres but India’s name was also added to the list of nations that are capable of conducting such operations.

“For the first time, the defence policy came out of the shadow of foreign policy. We made it clear that we want peace with everyone. We do not want enmity with anyone but safeguarding our borders is our priority.

“Our defence is our top priority. We were able to send out a definite and loud message across the world that if you want to keep peace, we should be treated with peace. Because of this message, India got a new kind of recognition in the world,” Shah said.