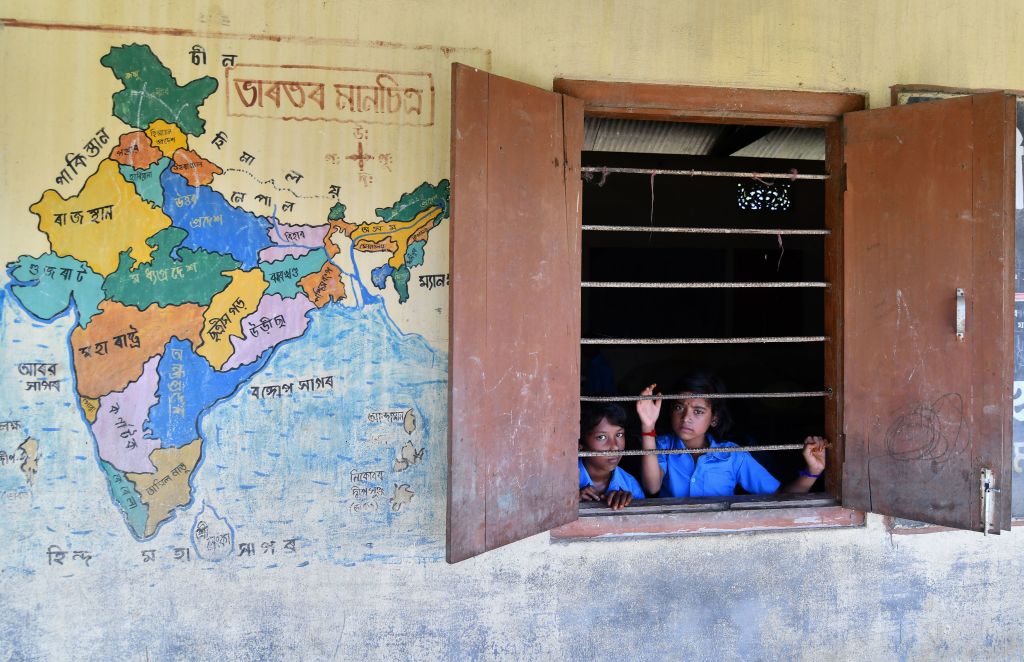 School children look from the window of their classroom at a government school in the northeastern Indian state of Assam. (Photo by BIJU BORO/AFP via Getty Images)

THE Indian government will provide millions of additional vaccine doses for Covid-19 to its states with an aim to inoculate all school teachers by early September, Union health minister Mansukh Mandaviya said on Wednesday (25).

The announcement came at a time when the country is in the middle of gradual reopening of physical classes, something that has largely remained shut since March 2020 when the pandemic started making a serious impact in the country.

The student fraternity of the world’s second-most populous nation has been particularly hit by the pandemic as physical schooling has been suspended. Several states have tried to reopen schools in between but resurgence of infections on campuses forced them to shut them again. Students of all ages have remained stuck at home, attending classes online. However, for the poorer sections, even that has become a challenge in the absence of infrastructure.

Last week, India approved its first Covid-19 vaccine for older children and is now aiming to immunise its school teachers numbering around 10 million. The country has been vaccinating all its adults since January and more than 610 million Covid vaccine doses have been administered so far. More than 472 million have received at least one dose.

“We have requested all states to try to vaccinate all school teachers on priority before Teachers’ Day, which is celebrated on September 5,” Health Minister Mansukh Mandaviya said on Twitter in Hindi.

Mandaviya, who took over the health ministry from Dr Harsh Vardhan last month, said the states would be given more than 20 million additional doses for the vaccination purpose.

Experts have been urging the government to reopen schools urgently claiming that the prolonged shutdown was taking heavy tolls on the students.

This month, a parliamentary report said the pandemic disrupted the education of nearly 320 million Indian students in various schools, colleges and universities.

It also recommended “accentuated vaccine programmes for all students, teachers and allied staff so that schools may start functioning normally at the earliest”.

India is the second-worst affected country in the world after the US with 32.5 million positive cases. It also has the third-highest death toll of 435,000-plus, which puts it after the US and Brazil.