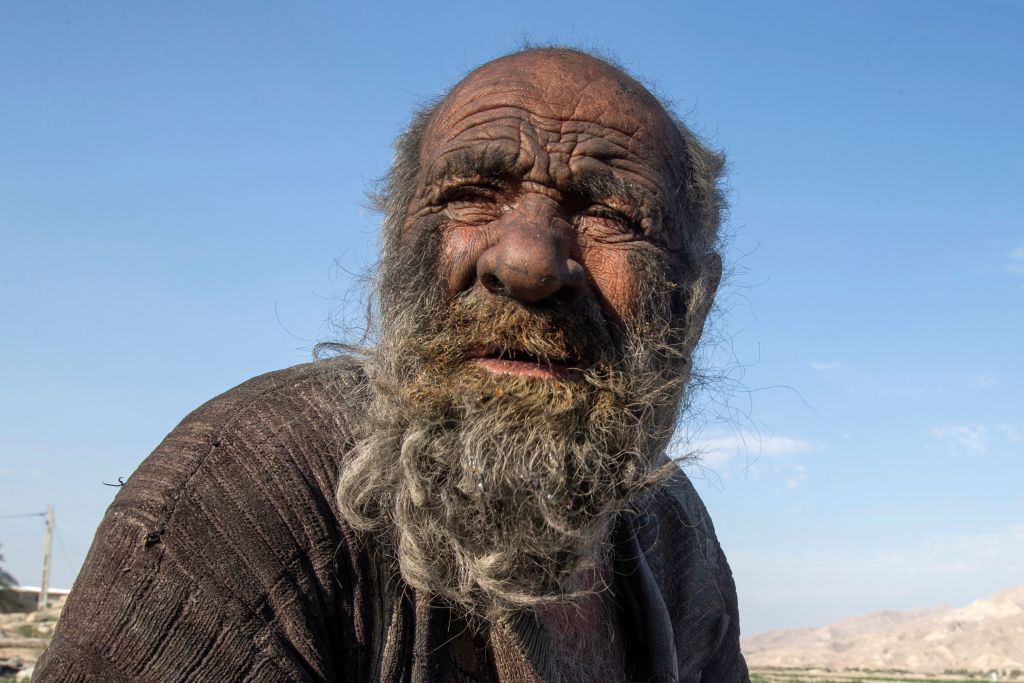 Amou Haji (uncle Haji) is pictured on the outskirts of the village of Dezhgah in the Dehram district of the southwestern Iranian Fars province, on December 28, 2018. (Photo by -/AFP via Getty Images)

An Iranian man nicknamed the “dirtiest man in the world” for not taking a shower for decades has died at the age of 94, state media reported on Tuesday (25).

Amou Haji, who did not wash for more than half a century and was single, died on Sunday (23) in the village of Dejgah in the southern province of Fars, IRNA news agency reported.

Haji had avoided showering over fears of “getting sick”, the agency quoted a local official as saying.

But “for the first time a few months ago, villagers had taken him to a bathroom to wash,” IRNA reported.

A short documentary film titled “The Strange Life of Amou Haji” was made about his life in 2013, according to Iranian media outlets.