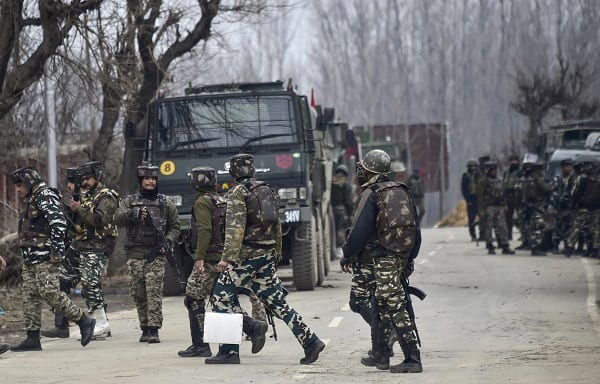 NEARLY 500 terrorists are waiting in various training camps along the Line of Control in Pakistan-occupied Kashmir, looking for opportunities to sneak into Jammu and Kashmir, a top Army officer said on Friday.

He also said 200 to 300 terrorists are operating in hinterland of J&K to keep the region in turmoil with Pakistan’s support.

Singh said it in reply to reporters’ questions about the number of militants operating in J&K and those in PoK ready to infiltrate into the country.

“Like this, nearly 500 terrorists are staged in terrorists’ training camps in PoK and are ready to infiltrate into J&K,” said Lt Gen Singh.

He said these figures keep changing as per their training schedule.     “Whatever be the number, we are capable to stop and eliminate them to ensure peace and normalcy in this region,” he added.

The Army commander said it is always their endeavour to ensure peace and normalcy in J&K.

“But Pakistan keep trying to do some mischief to disturb the peace here. Even today terror infrastructure is being run within Pakistan (by its forces and agencies). These include training as launching pad for terrorists to infiltrate into the country,” he added.

He said Pakistan continues to keep terrorists armed to their teeth and provide all types of support to them.

He said deploying drones to arm terrorists is one of the new modus operandi of Pakistan, said Lt General Singh in reply to a question over the issue of dropping arms through drones in Punjab by Pakistan.

“But I want to ensure you that Indian Army is capable and determined to foil Pakistan’s any unholy design. Their designs will not be allowed to succeed,” he said.