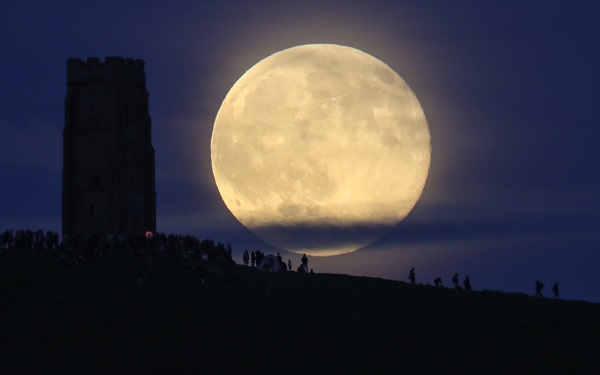 NASA last week demoted two of its longest-serving senior officials who had headed up manned exploration. In their place it appointed Ken Bowersox, a former astronaut who has also worked for Elon Musk’s SpaceX, to head the programme (Photo: Matt Cardy/Getty Images).

FIFTY years after Neil Armstrong, Buzz Aldrin, and Michael Collins blasted off for the moon, a new space race is on. It is one that may affect the future of humanity even more than its Cold War predecessor, both on earth and in the wider cosmos.

As anniversary celebrations get underway, NASA finds itself in the midst of a major shake-up – the result of the Trump administration’s pledge to return humans to the moon by what he hopes will be his final presidential year of 2024.

That would be well in advance of China’s stated intention of conducting its own manned landing in the 2030s, and it would be no surprise if the new US 2024 target prompts a similar shake-up in China’s space programme.

Under prime minister Narendra Modi – India this year aims to be the fourth nation to send an automated probe to the lunar surface.

The Chandrayaan 2 should have blasted off on Monday (15), but was postponed at the last moment for still unexplained technical reasons.

That setback serves as a reminder of just how difficult such programmes can be – but also, perhaps, the political pressures on them. That’s likely to be the case in the US if Trump wins a second term, with the president tearing up an Obama-era plan to land on an asteroid to prioritize the perhaps more easily grasped concept of the moon then Mars.

NASA last week demoted two of its longest-serving senior officials who had headed up manned exploration. In their place it appointed Ken Bowersox, a former astronaut who has also worked for Elon Musk’s SpaceX, to head the programme.

Trump would clearly revel in a moon landing in his final year in office – but the moon mission appears part of a wider political agenda, not least backed by vice president Mike Pence. His March speech argued NASA’s organization should change rather than its mission to get back to the moon by 2024 – when he may well be running for the White House himself.

As in India and China – which sent a probe to the dark side of the moon in January – space exploration is intrinsically tied to the political drives of those in charge.

In Russia, the memory of Sputnik and Yuri Gagarin – the one point at which the country appeared ahead of the West in science and technology during the Cold War – is still a point of major national pride. So is the fact that Russian rockets kept putting US and European astronauts into orbit after the US space shuttle programme ended.

The mere fact NASA can bring in space experts from the private sector shows how things have changed. The largest rocket currently launching satellites into orbit, the Falcon Heavy, is owned, designed and operated by Musk’s firm.

A growing number of space projects in the US and beyond are now heavily collaborative, if not entirely private. When and if humanity reaches Mars with people, it may well be a commercial as much as a government venture.

The stakes are very high. When the last batch of US astronauts left the lunar surface in the 1972, less than three and a half years after Apollo 11, there was a feeling NASA had exhausted all the immediately useful activities it could conduct.

Apollo missions had tested a moon buggy, even hit a golf ball. The technology to take things further, however, simply wasn’t there.

In the decades that followed, the US space programme chose to concentrate on reusable space shuttles, deep space probes and telescopes, and lower earth orbit activities such as the International Space Station.

That, together with other new technology and better survey work of the moon and Mars, make today’s space race very different. Nations are heading back to the moon because they wish to ultimately stay there.

Signs of water on the moon from recent Chinese, Indian and US probes are a game-changer. That being used to support colonists, and also broken down into oxygen and hydrogen for fuel.

It would give whoever gets a foothold on the moon a considerable advantage in exploiting both its resources and those of the rest of space. The most efficient way of doing that would be through cooperation – one reason the European Space Agency suggests an international ‘Moon Village’.

Cooperation, however, does not necessarily drive speed as much as competition – and in the current febrile global climate, it’s no surprise this has become another field of international rivalry.

It also comes at the same time as the wider militarization of space, evidenced by Trump’s planned “space force” and an apparent Indian anti-satellite weapons test earlier this year.

When they left the moon, Armstrong and Aldrin left behind a plaque reading: “we came in peace for all mankind.” We must hope the next men and women there feel the same way.

Peter Apps is a writer on international affairs, localisation, conflict and other issues.