No Economic Crisis In India: Javadekar 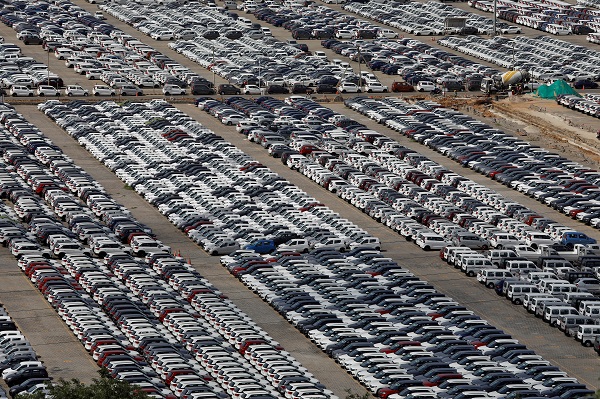 Reacting to the Congress’s attack on the government for having the upcoming event ‘Howdy Modi’ in Houston, USA despite an economic slowdown, Javadekar said the Congress would never get such an opportunity like Prime Minister Narendra Modi ( REUTERS/Anushree Fadnavis).

THERE is no financial crisis in India, Indian Minister Prakash Javadekar said on Thursday, adding that the federal government was taking all necessary steps to strengthen the economy.

“To make the economy stronger, the government has taken all measures and I want to say that the fundamentals of the country’s economy are strong. We are not in any crisis. Some reactions from non-banking financial companies (NBFCs) are there. But we are addressing all issues,” he told a press conference at his residence here.

Reacting to the Congress’s attack on the government for having the upcoming event ‘Howdy Modi’ in Houston, the US despite an economic slowdown, Javadekar said the Congress would never get such an opportunity like Prime Minister Narendra Modi.

“The stadium is already houseful for the ‘Howdy Modi’ event. Congress has never got this much popularity and will never get. I can only say that grapes are sour,” said Javadekar, who is the minister of information and broadcasting and environment and climate change.

The minister also took a jibe at former Madhya Pradesh chief minister Digvijay Singh for his “saffron-clad rapists” remark, saying even the Congress does not take him seriously.

“Even Congress does not give importance to him. Why should we react. We have seen his mentality after the Mumbai terror attacks. Since then he has been making such statements,” he said.

Singh had on Tuesday courted controversy when he said at an event in Bhopal that people in saffron clothes were committing rapes, even in temples.