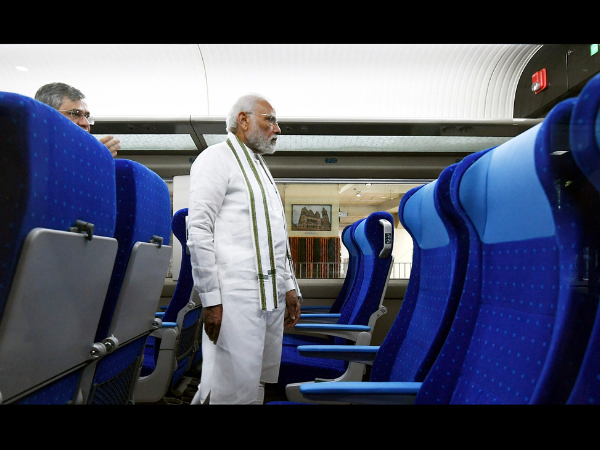 Indian prime minister Narendra Modi, who has spoken against the VIP culture that influential people in India often embrace, on Friday (30) set an example before the public to show that even the country’s most powerful people can choose to discard such culture.

Modi, who is currently on a two-day visit to his home state Gujarat which will go to polls later this year, was seen ordering his convoy to stop to give way to an ambulance which was travelling on the same route. The incident happened when the prime minister’s convoy was heading towards state capital Gandhinagar from Ahmedabad, located 27 kilometres apart, where Modi was on Thursday (29).

#WATCH | Gujarat: Prime Minister Narendra Modi, en route from Ahmedabad to Gandhinagar, stopped his convoy to give way to an ambulance pic.twitter.com/yY16G0UYjJ

A video of the incident was shared by the Gujarat cell of Modi’s Bharatiya Janata Party (BJP) which is also in power in the state and is looking to extend its long stay in power more. It showed two sports utility vehicles that were part of the prime minister’s convoy slowly moving to the left side on the Ahmedabad-Gandhinagar road to give a clear passage to the ambulance.

“A true minister,” said the party in Gujarati.

In 2017, Modi had said that an ‘EPI (everyone is important) culture’ should replace the VIP culture. “Every person has value and importance,” he had said. Notably, he also brought to an end the practice of using red beacons on vehicles, a symbol of VIP culture.

The prime minister, who was to either lay the foundation stones or dedicate projects to the common man during his latest visit to Gujarat, on Friday flagged off the Gandhinagar-Mumbai Vande Bharat Express train and launched the first phase of the Ahmedabad Metro rail project.

On Friday evening, Modi will visit Banaskantha district to address a public gathering and perform ‘aarti’ at the Ambaji temple.