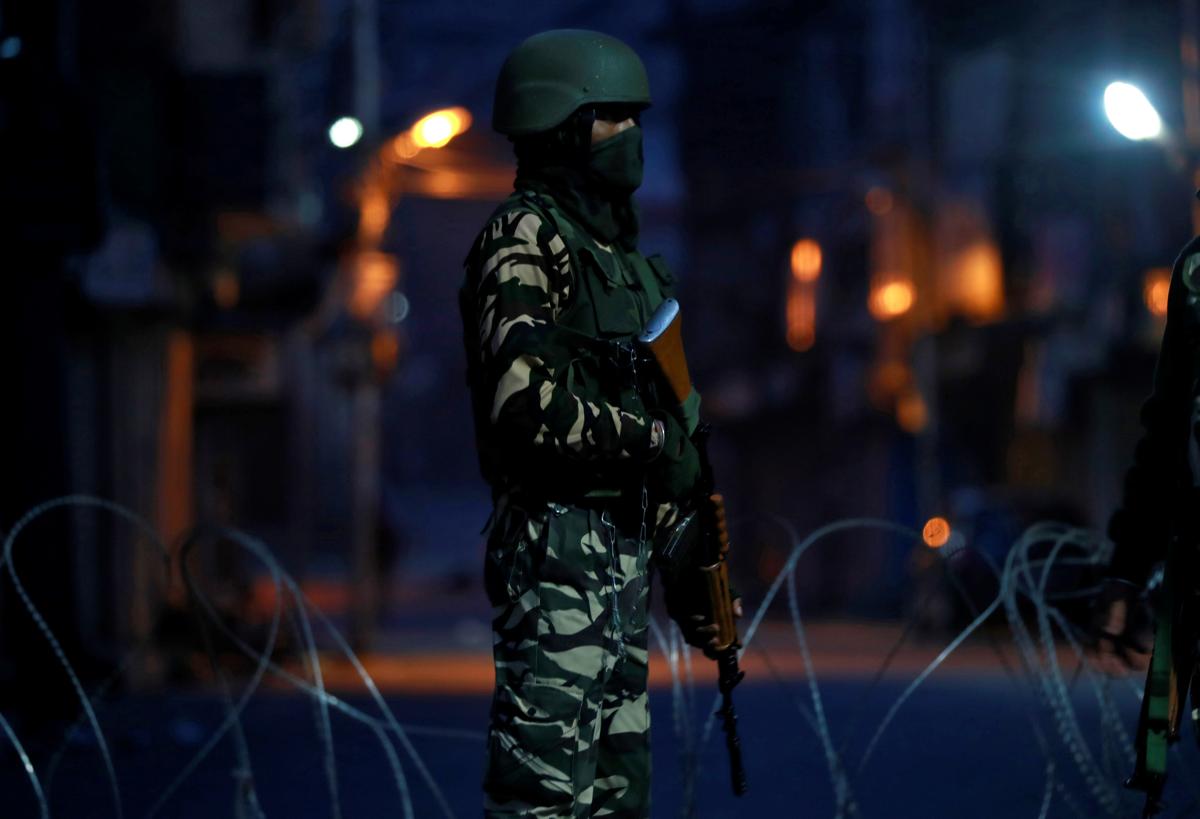 An Indian security force personnel stands guard in a street early morning during restrictions following scrapping of the special constitutional status for Kashmir by the Indian government, in Srinagar, September 27, 2019. REUTERS/Danish Ismail

Normal life remained affected in Kashmir for the 64th consecutive day on Monday as main markets continued to be shut and public transport off the roads, officials said.

Private transport was plying unhindered in Srinagar and other districts across the Valley, they said.

The officials said auto-rickshaws and some inter-district cabs were seen plying in the city, but the other modes of public transport were off the roads.

They said main markets and other business establishments in Kashmir remained shut, even as some shops in the city here were open till 11:00 am, but downed their shutters afterwards.

A few vendors had set up stalls on the TRC Chowk-Lal Chowk road here, they added.

The officials said there were no restrictions anywhere in the valley, but security forces were deployed in strength in vulnerable areas to maintain law and order.

While landline telephone services were restored across the valley gradually, mobile services remained suspended in Kashmir except in Handwara and Kupwara areas in the north since the night of 4 August, the officials said.

On August 5, the Centre had revoked the special status enjoyed by Jammu and Kashmir under Article 370.

Internet services – across all platforms – also continued to be snapped in the valley, they said.

Most of the top level and second rung separatist politicians have been taken into preventive custody while mainstream leaders, including two former chief ministers Omar Abdullah and Mehbooba Mufti, have been either detained or placed under house arrest.

Another former chief minister and Lok Sabha MP from Srinagar Farooq Abdullah has been arrested under the controversial Public Safety Act, a law enacted by his father and National Conference founder Sheikh Mohammad Abdullah in 1978 when he was the chief minister.