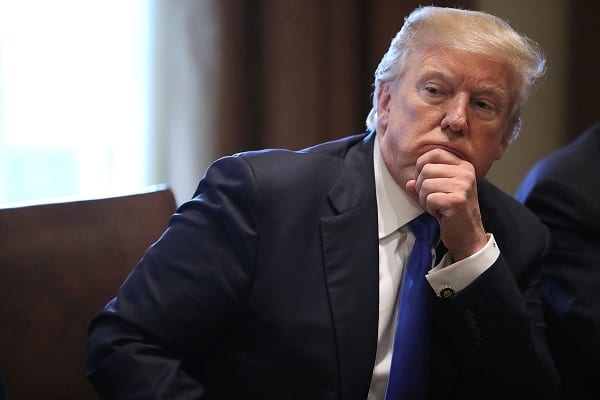 Trump and Modi’s meeting was their fourth since Modi came to power for a second term in May this year. A White House readout said Trump “encouraged” Modi to improve relations with Pakistan and fulfil his promise to better the lives of the Kashmiri people (Photo: Chip Somodevilla/Getty Images).

US president Donald Trump said he discussed the issue of Kashmir with the leaders of India and Pakistan during his meetings with them and offered to help with “arbitration or mediation” to the two nuclear-armed countries, who have to “work it out.”

Trump, addressing reporters here Wednesday, said he has had “very productive conversations” with leaders of India and Pakistan on the margins of the UN General Assembly.

“With respect to Pakistan and India, we talked about Kashmir. Whatever help I can be, I said, I offered, whether it’s arbitration or mediation or whatever it has to be.”

He added he will “do whatever he can because they are at very serious odds right now and hopefully that will get better”.

“You look at the two gentlemen heading those two countries, two good friends of mine. I said, fellows work it out, just work it out. Those are two nuclear countries, gotta work it out.”

Trump met prime minister Narendra Modi for a bilateral meeting Tuesday on the sidelines of the UNGA for 40 minutes, and a day earlier, he had met Pakistan PM Imran Khan.

Trump and Modi’s meeting was their fourth since Modi came to power for a second term in May this year. A White House readout said Trump “encouraged” Modi to improve relations with Pakistan and fulfil his promise to better the lives of the Kashmiri people.

India maintains Kashmir is a bilateral issue and no third party has any role in it. Both Modi and Khan are scheduled to address the UN General Assembly this week.

Pakistan has been trying to internationalise the Kashmir issue after India withdrew the special status of J&K in August but New Delhi has asserted the abrogation of Article 370 was its “internal matter”.

Pakistan’s Foreign Minister Shah Mahmood Qureshi has written to the UN Secretary General and President of the UN Security Council, making his country’s legal case on the Kashmir issue.

Qureshi, in his letter to UN chief Antonio Guterres and UNSC President Vasily Nebenzya, said the Indian action aimed at bringing about a “demographic change” in Kashmir.

Tensions between the two countries have spiked since then.

The abrogation of Article 370 evoked strong reactions from Islamabad, which downgraded ties and expelled the Indian ambassador.

Foreign Secretary Vijay Gokhale told reporters after the bilateral meeting that Modi explained in detail to Trump the challenges faced by India because of terrorism, especially in Jammu and Kashmir, where 42,000 lives have been lost in the last 30 years due to the menace.

On this US visit, Modi also shared the stage with Trump at ‘Howdy, Modi!’ event in Houston on Sunday.