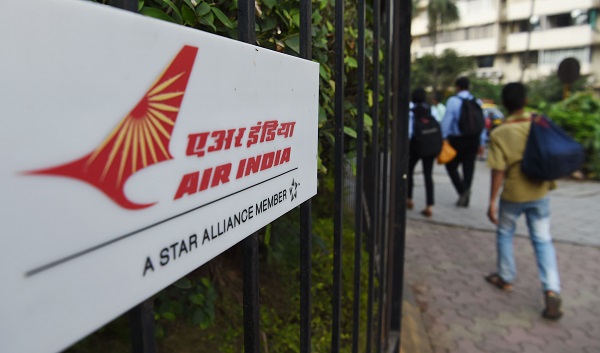 The national carrier has put the religious symbol on its Boeing 787 aircraft which will fly on October 31 from Amritsar to Stansted, United Kingdom (UK) (Photo: INDRANIL MUKHERJEE/AFP/Getty Images).

“We have huge outstanding debts and are awaiting equity support from the government to maintain current operational levels,” Dhananjay Kumar, spokesperson of Air India told.

The airline was continuing to fly from these six locations by looking at alternative routes and filling up on fuel elsewhere, the spokesman said.

He added that despite the firm’s debts, it was “performing well operationally” and would make a profit in the next quarter.

The Indian government in 2018 had shelved plans to sell a 76 per cent stake in Air India after failing to attract any bidders.

The airline, founded in 1932, was once the country’s monopoly airline, known affectionately as the ‘Maharaja of the skies.’

But it has been haemorrhaging money for years and it has lost market share to low-cost rivals in one of the world’s fastest-growing airline markets.

Successive governments had spent billions of dollars to keep it flying before prime minister Narendra Modi’s cabinet last year gave the go-ahead for a sell-off.