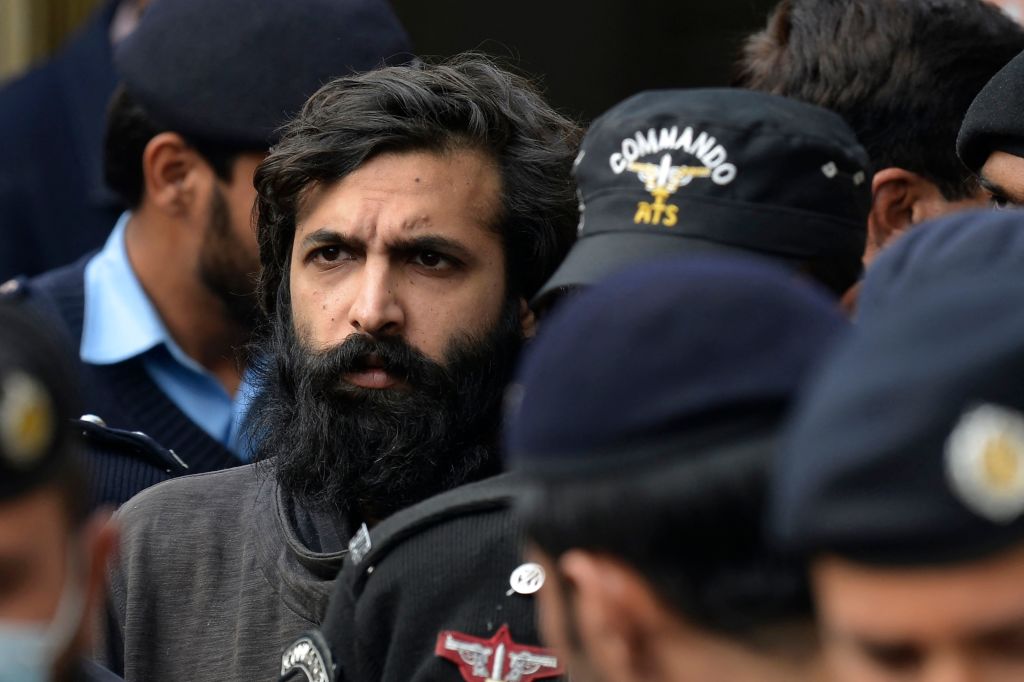 A PAKISTAN court sentenced the scion of a wealthy industrialist family to death on Thursday (24), for raping and beheading his girlfriend in a murder that sparked an outcry over the brutalising of women in the deeply patriarchal nation.

Pakistani American Zahir Jaffer, 30, attacked Noor Mukadam at his Islamabad home in July last year after she refused his marriage proposal – torturing her with a knuckleduster and using a “sharp-edged weapon” to behead her.

Mukadam, the 27-year-old daughter of a former ambassador, had made repeated attempts to escape the sprawling mansion but was blocked by two members of Jaffer’s staff.

“The main accused has been awarded the death sentence,” said judge Atta Rabbani at the Islamabad district court.

Jaffer’s parents, Zakir Jaffer and Asmat Adamjee, were found not guilty of attempting to cover up the crime.

The two staff members were sentenced to 10 years in prison for abetting murder.

“I am happy that justice has been served,” said Shaukat Mukadam, Noor’s father, while pledging to challenge the acquittal of Jaffer’s parents.

The case prompted an explosive reaction from women’s rights campaigners reckoning with the pervasion of violence against women.

The nature of the murder led to pressure for the trial to conclude swiftly in a country where the justice system is notoriously sluggish and cases typically drag on for years.

According to the Asma Jahangir Legal Aid Cell, a group providing legal assistance to vulnerable women, the conviction rate for cases of violence against them is lower than three per cent.

Targets of sexual and domestic abuse are often too afraid to speak out, and criminal complaints frequently not investigated seriously.

The court verdict dictates Jaffer be “hanged by his neck till he is dead”. However, he was also given a concurrent sentence of 25 years in prison for abduction and rape.

He will also be able to challenge the verdict.

Executions have rarely been carried out in Pakistan in recent years – and usually only involving terrorism cases – in part due to pressure from the European Union.

The last was in December 2019, according to the Justice Project Pakistan, making it likely Jaffer will only serve jail time, with remissions for religious holidays and good behaviour.

Jaffer was thrown out of court several times during the trial for unruly behaviour.

He was frequently carried into proceedings by stretcher or wheelchair, and his lawyers argued he should be found not “mentally sound” – a manoeuvre prosecutors said was designed to have the trial suspended.

At one hearing, he claimed someone else had killed Mukadam during a “drug party” at his house.

When questioning Mukadam’s father – a former ambassador to South Korea and Kazakhstan – Jaffer’s lawyer implied she was killed by her own family for conducting a relationship outside of marriage.

Prosecutions for violence and sexual assault frequently see the female victim’s personal history picked over according to Pakistan’s patriarchal mores – another reason why justice is rare for women.