PMC Bank Depositors, Some Dead, Others In Dire Straits: Yechury 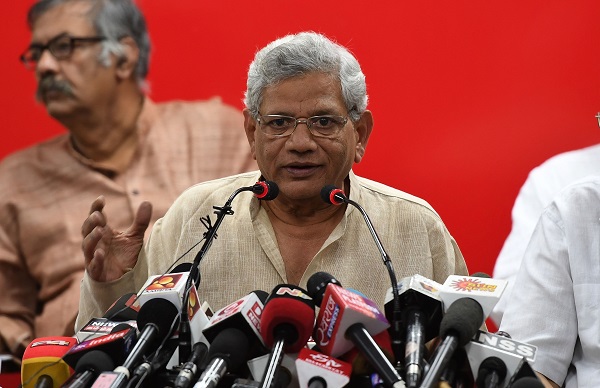 CPI(M) general secretary Sitaram Yechury on Monday alleged that despite the PMC Bank depositors being in “dire straits”, the government does not care about their plight, days after two deaths have occurred as a result of the crisis.

So far, four depositors have lost their lives apparently due to the crisis.

“When the RSS/BJP govt waives off unpaid loans of the rich and gives super-rich tax bonanzas, it destroys banks and this has real consequences on ordinary lives. Another example of misery: PMC Bank depositors, some are dead, others in dire straits. RSS/BJP govt does not care,” Yechury tweeted.

Accusing the government of lying about the economic situation, Yechury alleged that public money was being used for “PR”.

“The BJP govt has been lying shamefacedly. It has destroyed the Economy and lives of millions of Indians. Tax revenues have crashed and public money is used for PR, tamashas and self-promotion. Further tax cuts for its rich cronies, after this shortfall? This is a scandal,” he said.