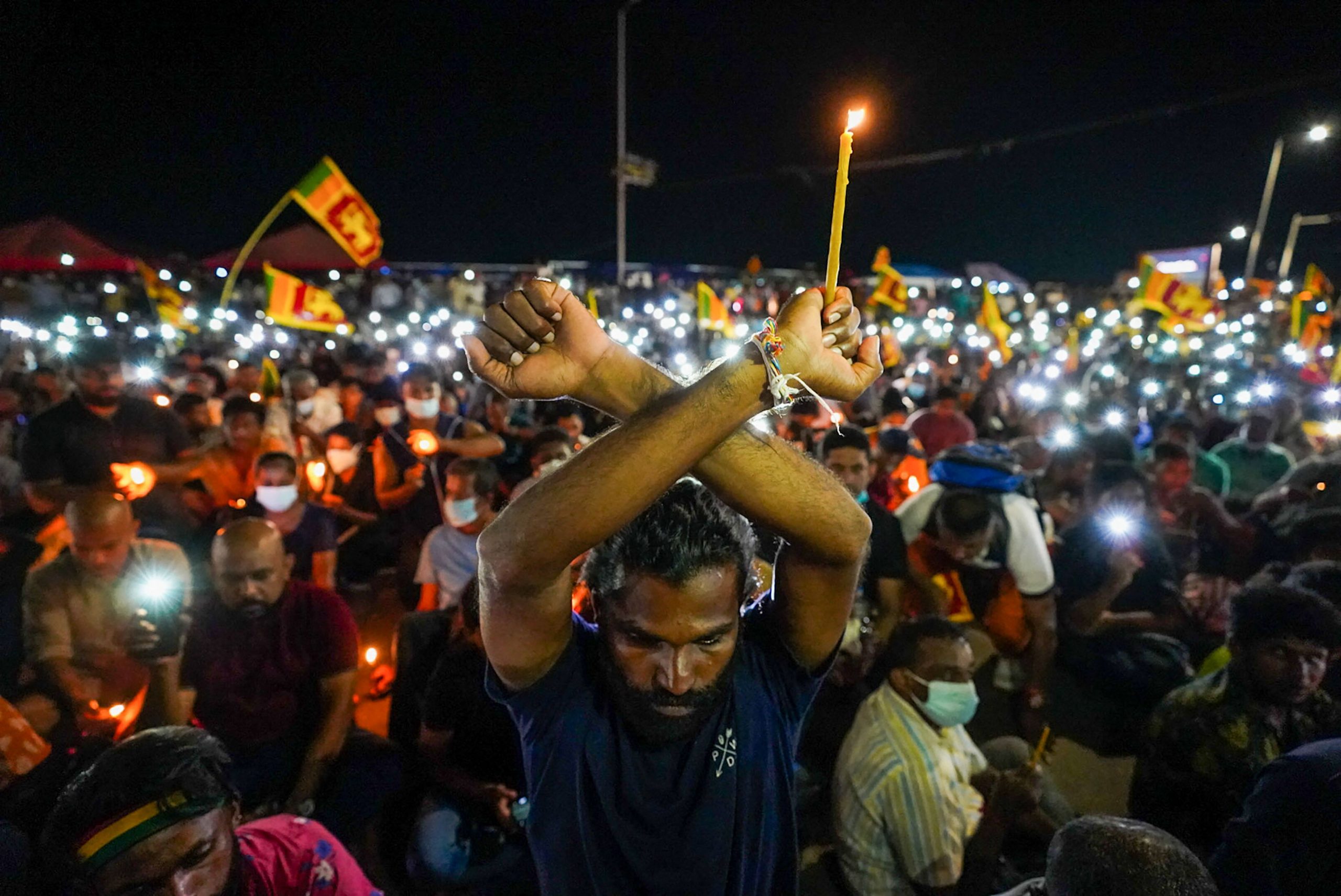 Pope Francis urged Sri Lankan authorities on Monday to reveal who was behind the country’s 2019 Easter bombings in an attack the island’s Catholics suspect was a plot to propel president Gotabaya Rajapaksa to power.

While meeting with a delegation of over 60 victims of the Easter Sunday attacks on three churches and three hotels that killed 279 people, Francis asked Rajapaksa’s administration to reveal the truth.

“This will bring peace to your conscience and to your country.”

Addressing some 3,500 Sri Lankans in Italy, including some of the victims, the pope also said he prayed that Sri Lanka will also be able to ride out the worst economic crisis in its history.

The island is gripped by severe shortages of food, fuel and medicines with its 22 million residents grappling with daily electricity blackouts and galloping inflation.

The head of Sri Lanka’s Catholic Church, Malcolm Ranjith, who conducted mass at St. Peter’s basilica just before meeting with the pope on Monday, called for “justice and change” in his country.

“We want the international community to insist that, before giving any aid to Sri Lanka, that the government realise that they have to change the way things have been done,” he told Vatican Radio.

Cardinal Ranjith last month urged the UN Human Rights Council to set up a mechanism to probe the 2019 suicide bombings which Colombo had blamed on local Islamic radicals.

“The first impression of this massacre was that it was purely the work of a few Islamic extremists,” Ranjith said.

“However, subsequent investigations indicate that this massacre was part of a grand political plot.”

The cardinal has suggested that the attacks helped Rajapaksa emerge as a “national security candidate” and win the November 2019 election.