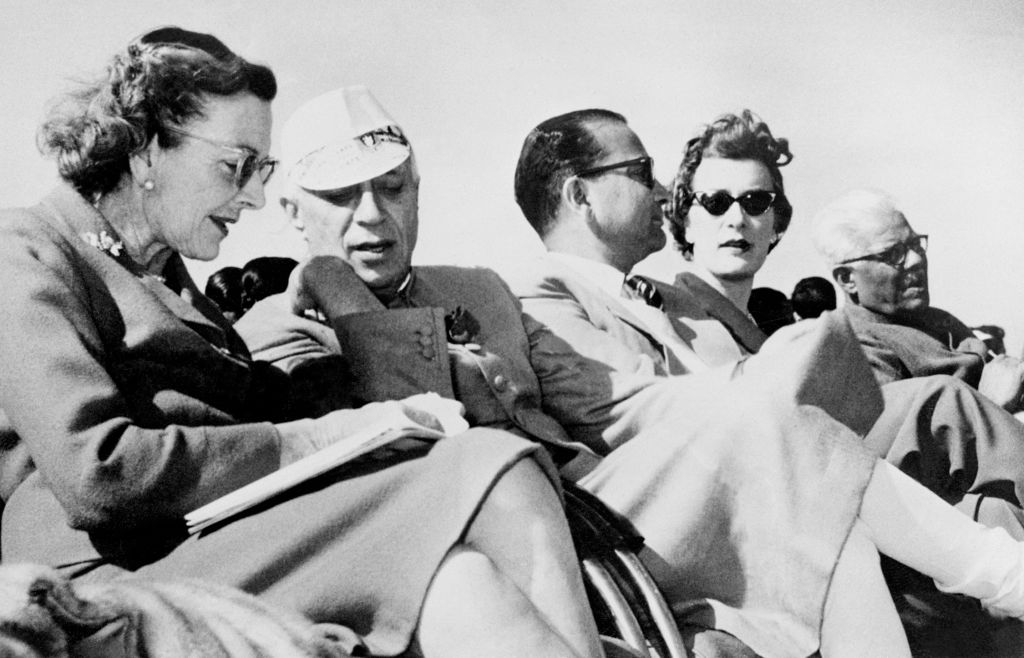 Judge Sophie Buckley presided over the UK First-Tier Tribunal (Information Rights) appeal to decide whether some redacted sections of diaries and correspondence dating back to the 1930s can be fully released for open public access.

A three-member tribunal concluded recently that Southampton University did not “hold” any correspondence entitled “letters from Lady Mountbatten to Jawaharlal Nehru, the first Prime Minister of the newly independent India (33 files, 1948-60), along with copies of his letters to her” as part of its Broadlands Archive and was only “physically safeguarding the papers” on its premises.

“The information was not owned by the university, and its use was restricted both in contract and in practice to physically safeguarding the papers. This is akin to the papers being held by an expert storage company,” the tribunal decision read.

“Matters have moved on considerably since the decision notices… and the vast majority of the Mountbatten Papers have now been made public,” it noted.

Historian Andrew Lownie, who launched a four-year-long battle for the release of the papers for his book, The Mountbattens: The Lives and Loves of Dickie and Edwina Mountbatten, described the ruling as a victory that came “at a very high cost”.

He believes his fight was on the “crucial principles of censorship and freedom of information”.

“It has been a pyrrhic victory. Over 35,000 pages, 99 per cent of an important historical collection, has been released which will be important to future scholars and it has been a victory for free speech, academic freedom, access to archives and against government censorship,” said Lownie.

“My legal challenge has cost me an enormous amount financially – some £300,000, my savings for my old age and an inheritance for my children,” he said.

The author-historian, whose new book Traitor King: The Scandalous Exile of the Duke and Duchess of Windsor, is out next month, said even the redacted material in the diaries and letters is likely to be “innocent”.

“This has simply been a face-saving exercise, but the withheld Edwina-Nehru correspondence bought at the same time with the same monies will shed fresh light on their relationship, when it began and how it shaped Independence and Partition,” he said.

“There is a huge public interest in that correspondence being released and campaigners should be lobbying Southampton University to exercise their £100 option [to acquire the ownership rights],” he said.

The papers cover an important period of British-Indian history, including when India’s Partition was being overseen by Mountbatten and involves personal diaries and letters of both Lord Louis and wife Lady Edwina Mountbatten.

The Cabinet Office maintained that most of the information from those papers was already in the public domain and any withheld aspects “would compromise the UK’s relations with other states”, with reference to India and Pakistan.

In 2011, the University of Southampton bought Broadlands Archive from the Mountbatten family using public funds of more than £2.8 million with the intention of making the papers widely available.

However, the university then referred some of the correspondence to the Cabinet Office.

In 2019, the Information Commissioner’s Office (ICO) found in favour of Lownie and ordered the release of the entire Broadlands Archive.

In response, the University of Southampton explained at the time that the correspondence between Lady Mountbatten and Nehru remained in private ownership and is “confidential, but the University has a future interest in it”.

It could have applied to purchase those letters, but reportedly chose not to.

The 2019 decision of the ICO was appealed, which was heard in the First-Tier Tribunal in November last year and has now been concluded.

In the lead up to the hearing, the Cabinet Office narrowed the number of exemptions they were seeking to impose so that most of the letters and diaries were available by then.

“This is a victory after four years of campaigning, but there is still a legal bill of £50,000 and so the crowfunding has to go on,” noted Lownie, in his Crowdjustice.com fundraiser appeal.

The author said he raised more than £63,000 in pledges from the website to fund the legal costs of the appeal.

The diaries of Mountbatten, a great-grandson of Queen Victoria, an uncle to the late Duke of Edinburgh and great-uncle to Prince Charles, also contain personal correspondence within the royal family – another factor cited behind some redactions.

In May last year, Southampton University said it was publishing online “previously unavailable papers” from the Broadlands Archives collection and that further material would be made available during the course of the year. It is claimed a majority of the material from the diaries is now in the public domain.

“The Broadlands Archives collection is one of the University Library’s foremost collections of manuscripts… this substantial collection dates from the sixteenth century to the present. The material provides a preeminent resource for British politics in the nineteenth and twentieth centuries,” the university said.