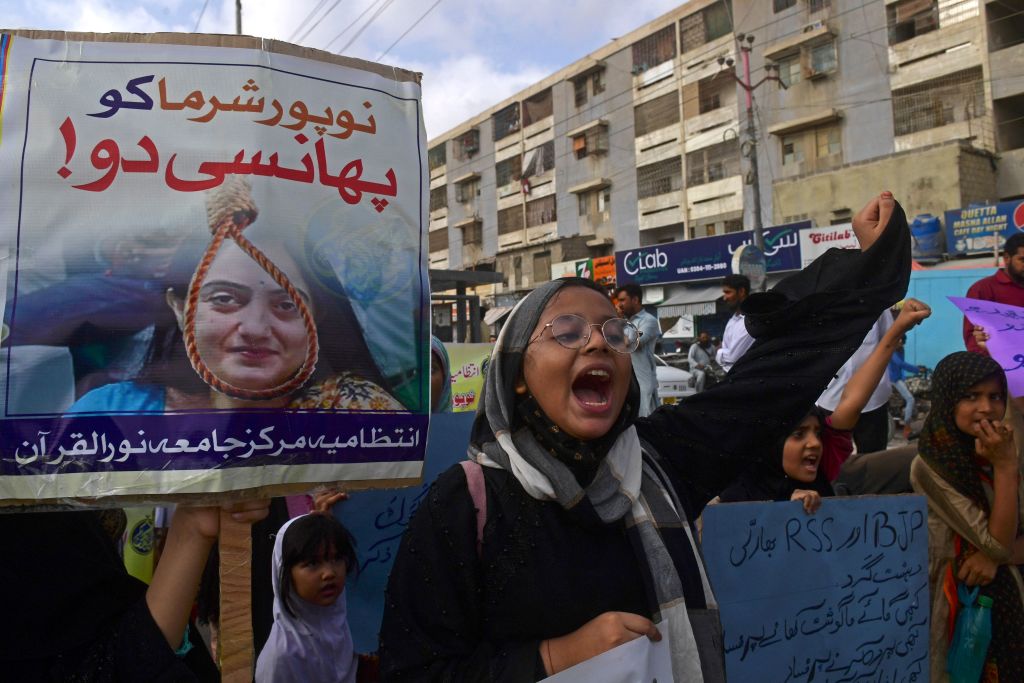 Protestors take part in a demonstration against former India’s Bharatiya Janata Party spokeswoman Nupur Sharma over her remarks on the Prophet Mohammed, in Karachi on June 9, 2022. (Photo by Asif HASSAN / AFP) (Photo by ASIF HASSAN/AFP via Getty Images)

THE row over the controversial remarks made by Nupur Sharma, a now-suspended member of Indian prime minister Narendra Modi’s ruling Bharatiya Janata Party (BJP), has witnessed another low point.

A YouTuber based in Kashmir, India’s only Muslim-majority province, posted a digitally recreated graphic video online showing him beheading an effigy of Sharma, a former spokesperson of the saffron party. On Saturday (11), he, however, took a U-turn and issued a fresh video apologising for his action.

“Yesterday, I made a VFX video about Nupur Sharma which went viral all over India. And an innocent person such as me got implicated in the controversy,” YouTuber Faisal Wani said in an apology video posted on his channel.

He also said that he did not have any intention of hurting other religions’ sentiments.

Wani also clarified that he deleted his original disturbing video which had gone viral and attracted reactions.

Hoping that his new video would get reactions like his first, Wani said, “I hope you will make this video viral too like my other video. This is how everyone will know that I am apologetic about my actions.”

The row has worsened over the days both at home and abroad. While several Muslims nations have diplomatically lashed out at India over the matter, protests also erupted in several parts of India on Friday and even two persons were killed.