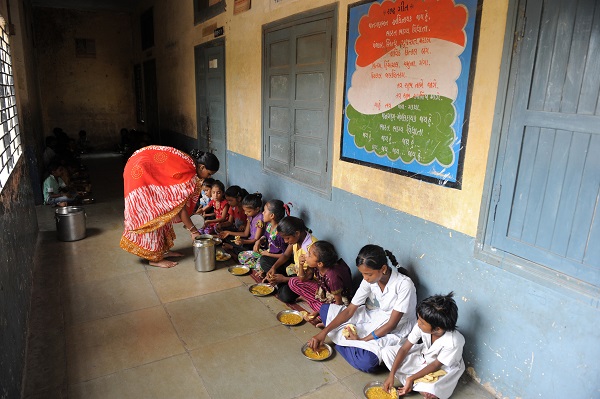 Pawan Jaiswal made national headlines after reporting that impoverished primary school students in a district in Uttar Pradesh state were fed bread with salt instead of a mandated healthy meal (Photo: SAM PANTHAKY/AFP/Getty Images).

AUTHORITIES’ attempt to charge an Indian journalist who exposed the poor quality of meals served at a government school triggered protests Tuesday (3) over fears of worsening press freedom in the country.

Pawan Jaiswal made national headlines after reporting that impoverished primary school students in a district in Uttar Pradesh state were fed bread with salt instead of a mandated healthy meal.

The report led to widespread criticism of the local government controlled by prime minister Narendra Modi’s Bharatiya Janata Party (BJP), which responded by launching a criminal probe against Jaiswal.

“It is a cruel and classic case of shooting the messenger,” the Editors Guild of India said in a statement on Monday (2).

“It is shocking that instead of taking action to fix what is wrong on the ground, the government has filed criminal cases against the journalist.”

Dozens of journalists shouted slogans outside the district office on Tuesday, demanding that the investigation of Jaiswal be called off.

Journalists in India have complained of deteriorating media freedoms and vicious online attacks over the past few years in the world’s largest democracy.

Laws have frequently been deployed by politicians from all parties seeking to stifle social media criticism.

Earlier this year, a ruling party activist was arrested for posting a meme on opposition West Bengal chief minister Mamata Banerjee. She was later released on bail by the Supreme Court.

A journalist in northeastern Manipur state was jailed last year for allegedly criticising the state’s BJP chief minister and Modi.