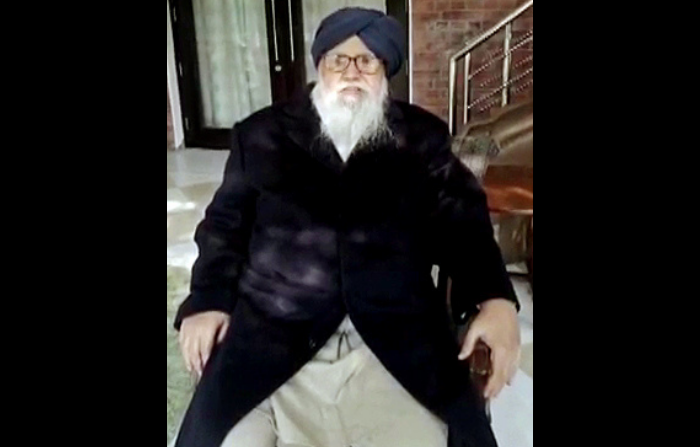 PARKASH Singh Badal, former chief minister of the northern Indian state of Punjab and the patriarch of Shiromani Akali Dal (SAD), on Monday (31) became the country’s oldest election candidate as he filed nomination papers for the upcoming election at the age of 94.

Badal, who has served as the chief minister four times (the last time being in 2017), completed the paperwork before the returning official of Malout in Muktsar district of Punjab. He in the process broke the record of V Achuthanandan, the former chief minister of the southern state of Kerala who fought the state elections in 2016 at the age of 92.

Captain Amarinder Singh, another former chief minister of the state who stepped down from the post and quit the Indian National Congress a few months ago, also filed his nomination papers from Patiala Urban constituency.

The 79-year-old leader, who floated Punjab Lok Congress and allied with prime minister Narendra Modi’s Bharatiya Janata Party for the upcoming election, has served as a state lawmaker since 1997. He became the chief minister in 2017 but could not complete his five-year tenure due to a bitter power tussle in the Congress.

Singh was accompanied by BJP’s election-in-charge in Punjab Gajendra Singh Sekhawat at the time of filing his paper.

Incumbent chief minister Charanjit Singh Channi of the Congress, who is contesting from two seats, also submitted his nomination papers from Bhadaur seat in Barnala district of the state.

Punjab has 117 seats in its assembly and all of them will go to poll on February 20.

The results will be announced on March 10 along with those in four other states.