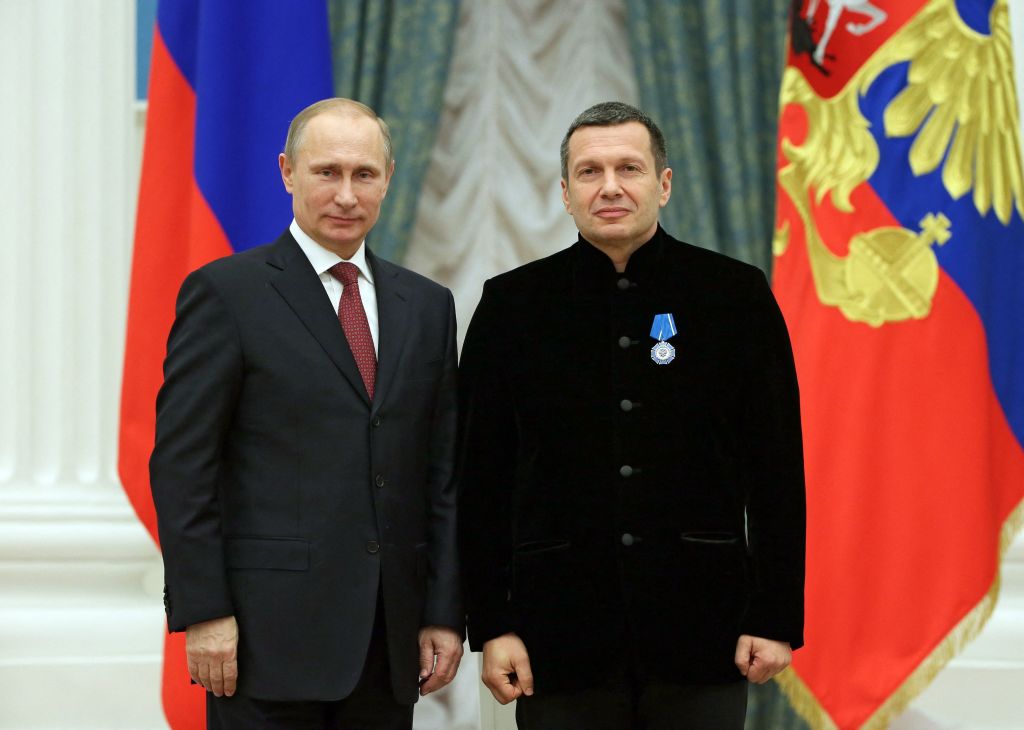 Supporters of Russian President Vladimir Putin have been accused of mocking the potential execution of two British fighters captured in Ukraine and claiming the UK was not doing anything to help them out.

A court in the breakaway republic of Donetsk in eastern Ukraine had last week sentenced the Britons – Aiden Aslin and Shaun Pinner – to death, after convicting them of “being mercenaries”.

The duo, who had surrendered to Russian forces during the siege of the Azovstal steelworks in Mariupol, have a month to appeal and, if successful, they could receive a life term or 25-year prison sentence instead of the death penalty. Pro-Russian officials in Donetsk claimed the men’s actions had “led to the deaths and injury of civilians, as well as damage to civilian and social infrastructure”.

Britain said it did not recognise the court and indicated it would hold talks with Ukraine instead of opening communication channels with Russia or the separatists.

Russian TV presenter Vladimir Solovyov mockingly sought to know if British foreign secretary Liz Truss would recognise their execution if it really happens and whether her words would bring them back to life, a Mail Online report said.

The breakaway region’s “foreign minister” Nataliya Nikonorova, said on the show that Truss’s refusal to recognise the judgement surprised her.

“So if something terrible happens and they are executed, they will not recognise their deaths?” Solovyov responded as other guests on the show laughed.

“Will this bring these people back to life?” he said.

Nikonorova said none came forth to help the British duo.

Meanwhile, Donetsk leader Denis Pushilin ruled out any possibility of commuting their sentence.

“They came to Ukraine to kill civilians for money. That’s why I don’t see any conditions for any mitigation or modification of the sentence,” he told reporters, adding that the court had “issued a perfectly fair punishment” to them.

He also accused British Prime Minister Boris Johnson of ignoring their fate and failing to contact the separatist authorities.