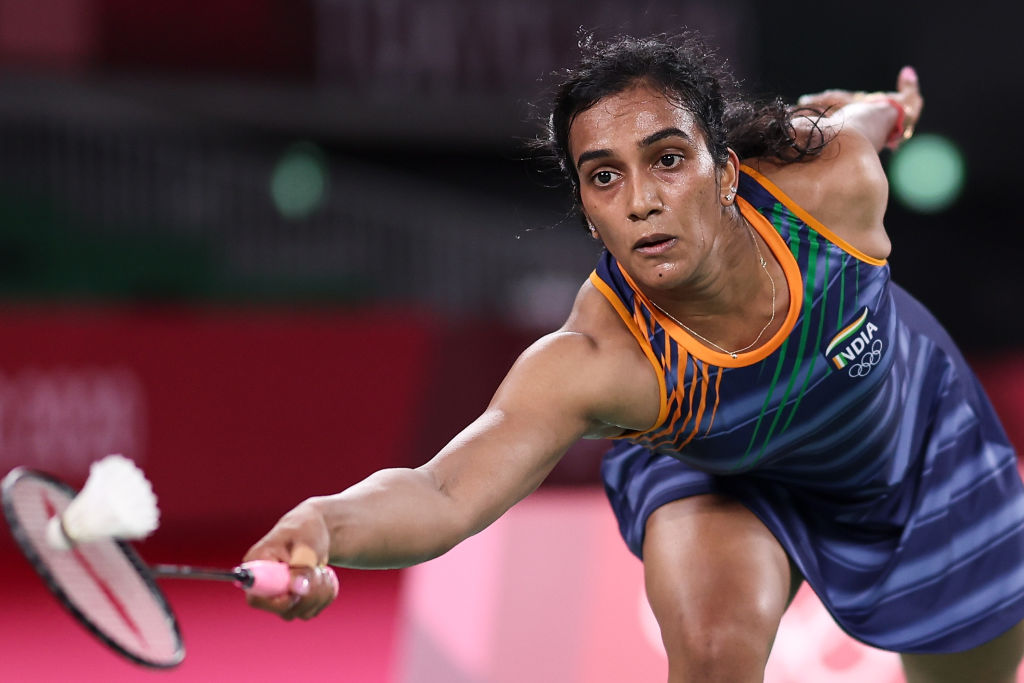 PV Sindhu in action against Japan’s Akane Yamaguchi in the women’s quarterfinal match at the Tokyo Olympics on July 30, 2021. (Photo by Lintao Zhang/Getty Images)

The 26-year-old ace shuttler is the only current Athletes’ Commission member to contest the election. She was first elected in 2017 and is one of the six women representatives running this cycle.

“The elections for the BWF Athletes’ Commission 2021- 2025 will take place on Friday 17 December 2021 during the TotalEnergies BWF World Championships 2021 in Huelva, Spain. Nine candidates have been nominated for the available six positions,” the governing body further said.

Indonesian player Greysia Polii, the gold-winner in the doubles category in the Tokyo Games, will be joining Sindhu.

“I would like to assist my fellow players to achieve their dreams and help them out with their requests around competing on the international circuit,” she said of her nomination.

According to BWF, the chair of the Athletes’ Commission is elected by the new commission and the person becomes a BWF Council Member following a vetting process as required under the BWF constitution.