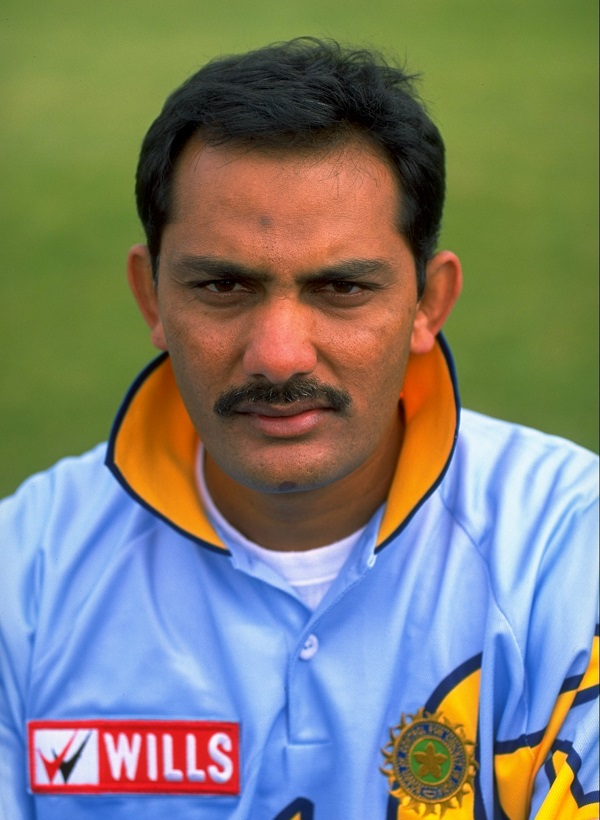 Azhar suggested that Jadeja, who is yet to feature at the World Cup, would be a useful addition with his left-arm spin and powerful batting (Credit: Stu Forster /Allsport).

Virat Kohli’s India have already booked their spot in the final four ahead of their last league game against Sri Lanka on Saturday (6).

But the team’s batsmen have been criticised for losing momentum after the fall of their powerful top-order, which includes in-form opener Rohit Sharma and Kohli.

Azhar suggested that Jadeja, who is yet to feature at the World Cup, would be a useful addition with his left-arm spin and powerful batting.

“In the last game (against Bangladesh) I thought maybe Jadeja could have played because you had a very thin batting line-up.

“Jadeja on these (English) wickets with the ball holding up and not coming on to the bat will be a force to reckon with. He is also a good fielder and a lusty batsman. They should try him against Sri Lanka.”

Veteran big-hitter MS Dhoni and Kedar Jadhav have twice faced flak from pundits and on social media for not accelerating the score in the final few overs.

Their intent was questioned in India’s only league loss to England, when they managed just 39 runs from the last five overs when 71 was needed for victory.

Dinesh Karthik replaced Jadhav in the next game at Edgbaston, against Bangladesh.

“Definitely the middle order has not done well. You need to be prepared because sometimes the three wickets fall early,” said Azhar, a stylish middle-order batsman known for his wristy strokeplay.

“Rishabh Pant coming back has given the team some stability. But still, a lot was expected from Kedar Jadhav but he has not delivered.

“You need to have a re-look at the players who are going to play in the semi-finals.”

Azhar said Dhoni should not be singled out for blame but urged the middle order to attack.

“Sometimes you have to get on with the game,” he said. “If you lose your wicket it’s fine but you have to score runs.

“You have to apply yourself, you can’t play scoring shots all the time.”

“The bowling has been exceptional. They have bowled according to the wickets,” said Azhar.

“Pitches haven’t been exactly free-flowing for batting. The tracks are not quick as you expect them. The ball is not coming onto the bat.”

Azhar is hoping that fresh wickets are used for the knockout games and not pitches that have already been played on.

He is confident that India can clinch a third World Cup triumph at Lord’s on July 14.

“Of course they can win the tournament, they have just lost one game. With another three games to go they can definitely lay hands on the trophy,” the 56-year-old said.