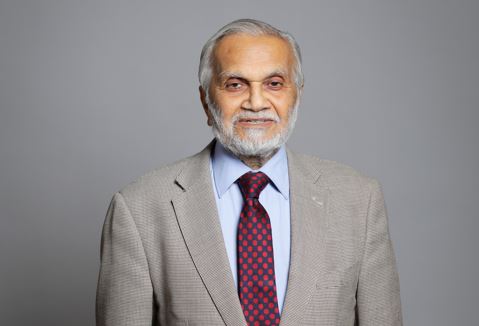 THE lead author of a report that shaped the new Labour race policy has said that the rejection of multiculturalism by successive governments has helped fuel “vulgar racism” of the kind experienced by Azeem Rafiq.

Bhikhu Parekh, the former chair of the Commission on the Future of Multi-Ethnic Britain, told The Guardian that he was deeply disturbed by the former cricketer’s testimony.

His report, published in 2000 as part of a commission established by the Runnymede Trust, shaped much of New Labour’s policy on multiculturalism.

Then home secretary Jack Straw had described it as the most important contribution to the national debate on racial discrimination for many years, The Guardian report said.

Recently, Rafiq told the digital, culture, media and sport select committee that phrases such as the P-word, “elephant washers” and “you lot” were commonplace and that players of colour were referred to as “Kevin”. He added that as a 15-year-old at Barnsley Cricket Club he had wine poured down his throat, despite this going against his Muslim faith.

“What we are witnessing is the crudest form of racism that you could ever imagine. England has changed quite a bit as a result of Asian presence and black presence. Look at music, drama, theatre, corner shops opening late, family values, all of these things have changed British culture. And likewise, Asians have changed as a result of British culture. Those who do not want to accept it resort to this kind of vulgar racism,” said Labour peer Parekh, who served as president of the Academy of Social Sciences from 2003 to 2008, told the newspaper.

According to Lord Parekh, there was no direct link between people rejecting multiculturalism and the racist abuse of the sort experienced by Rafiq. He added that people attacked multiculturalism without understanding what it meant.

“They took it in a very crude way to mean that each culture is self-sufficient. It cannot be criticised by standards drawn from another culture and each culture, therefore, is sacrosanct and beyond criticism; therefore it has certain rights which the state should give it. Nobody in their right mind has ever advocated for this,” he was quoted as saying by The Guardian.

“What we mean by multiculturalism is that no culture is perfect. Every culture is defective, it has to learn from others and therefore we want to encourage dialogue between different cultures, where each can learn to be critical of itself and learn also from the treasures of other cultures. It is the process of mutual learning.”

He criticised the government for failing to issue a strong statement attacking racism.

Parekh said the government’s report into racial disparities in the UK, published earlier this year, was disappointing because it failed to get to the root of many of the problems ethnic minorities faced today.

He further said that the UK hadn’t gone backwards when it came to racial equality, “but it has gone one step and then stopped”.

“I think I will say that on the question of the race there is a greater acknowledgement that it hurts people deeply, it is the worst form of treatment you can mete out to a human being. It exists in Britain and it should be eliminated. I think that is accepted. That was only ‘halfheartedly’ accepted 20 years ago,” he told The Guardian.