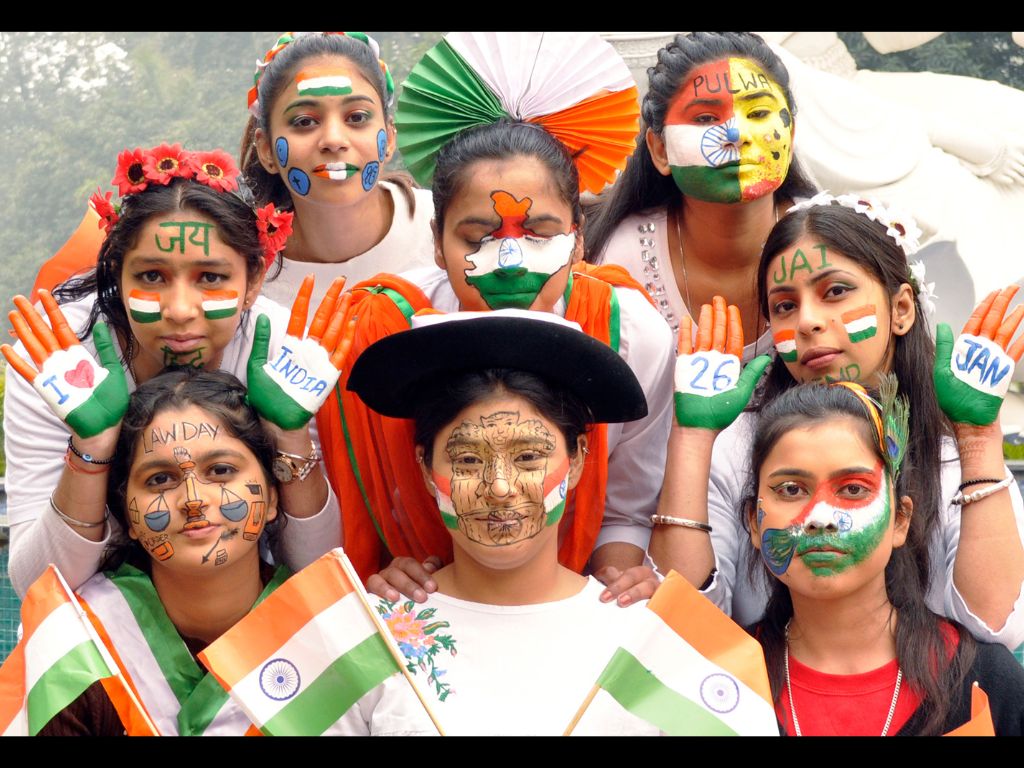 Students get their faces painted in the colours of the Indian tricolour on the eve of the Republic Day celebrations in Jalandhar in the state of Punjab on Wednesday, January 25, 2023. (ANI Photo)

The power of feminine divinity will be the theme of the Indian government’s culture ministry’s tableau, which is set to roll down ‘Kartavya Path’ in New Delhi as part of the 74th Republic Day celebrations on Thursday (26).

The theme is ‘Shakti Rupena Samsthita’ and through art and dance forms, ‘Devi’ will be celebrated, India’s culture secretary Govind Mohan said during an interaction with reporters in New Delhi on Wednesday (25).

A total of 23 tableaux — 17 from the states and Union Territories and six from various ministries and departments — depicting India’s vibrant cultural heritage and economic and social progress will be part of the parade on ‘Kartavya Path’.

A press preview of the tableau was held recently and the Ministry of Culture’s float depicts Maa Durga through installation arts and paintings.

‘Nari Shakri’ (women power) will be the theme of the dance, which will be performed by 326 female and 153 male artists, Mohan said. These 479 artists were chosen through a nationwide ‘Vande Bharatam’ dance competition and their performance will add colour and groove to the Republic Day parade.

The artists are in 17-30 age group, the Indian defence ministry later said in a statement.

They will present classical, folk and contemporary fusion dances, depicting the ‘power of women’ through five elements — earth, water, air, space and fire.

This is the second time that the dancers of the cultural programme have been selected through a nationwide competition, it added. The colourful tableau will showcase ‘Devi puja’ and folk dances that celebrate the traditions of ‘Devi’, the culture secretary said.

Asked if any event similar to the ‘Har Ghar Tiranga’ campaign will be organised this year, he said, “There is something being planned, but details are yet to be finalised.”