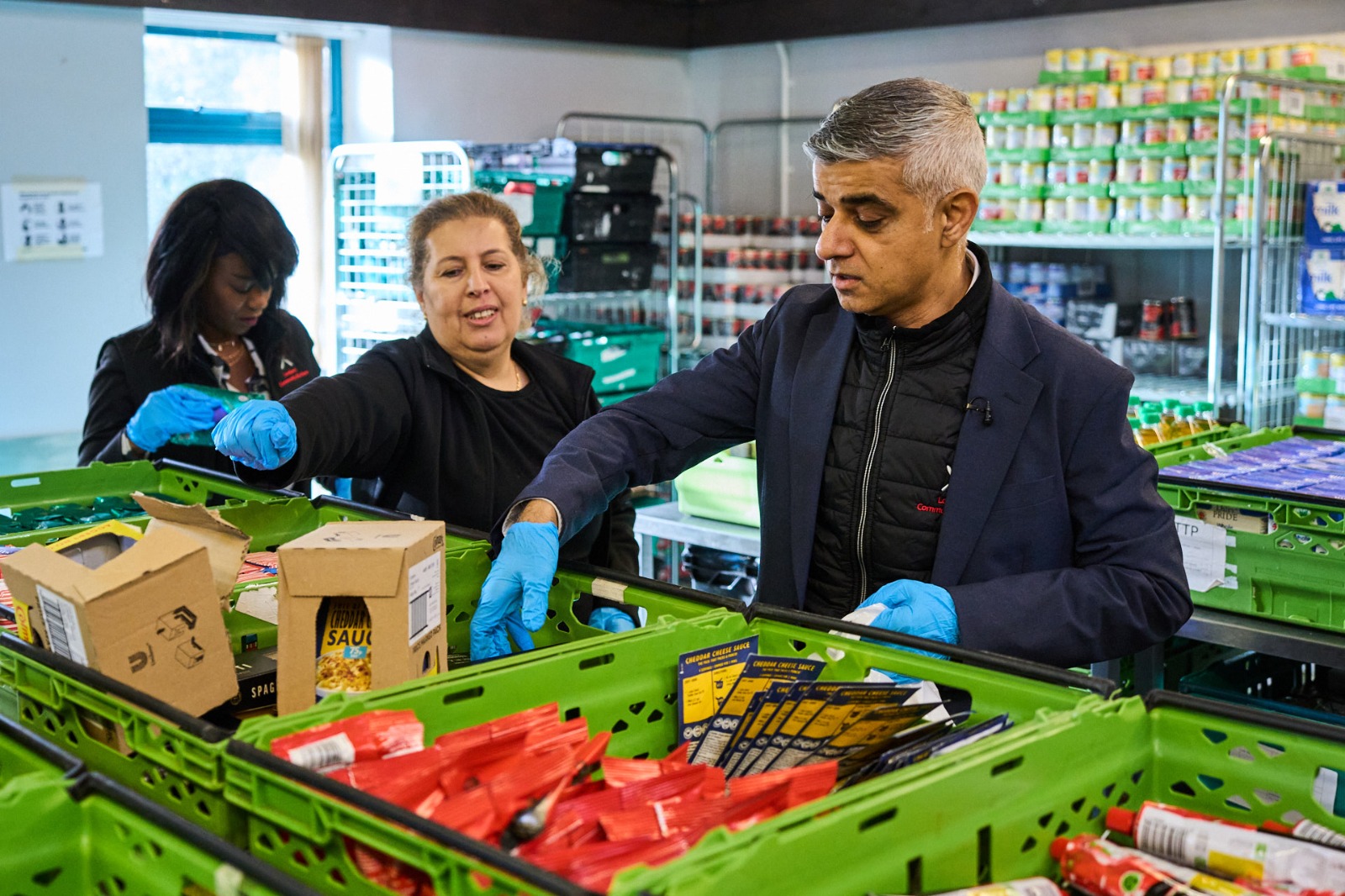 London mayor Sadiq Khan on Thursday (24) urged the government to immediately increase benefits and provide free school meals to all primary schoolchildren to help Londoners through the winter.

During his visit to London’s Community Kitchen in Harrow, Khan said that the spiralling cost of living is leaving the most vulnerable at crisis point.

Founded in 2014, the kitchen has expanded to help people in Brent, Barnet, Hounslow, Enfield and Harrow. It works with councils and charities to use surplus food to provide food crates for families, host a sustainable café, a community garden and a teaching kitchen all promoting zero waste and zero hunger, a statement said.

Besides, 18 per cent of Londoners are financially struggling, with nearly one in three (32 per cent) just about managing.

“London’s Community Kitchen is doing incredible work to help thousands of families get by every single week but the level of demand it faces is a national disgrace and it only looks set to get worse in the coming months,” said Khan.

“I’m doing all I can to support Londoners and try to build a fairer and more prosperous city for all Londoners, but Government needs to step forward with action now and use the powers it has to ensure that the most vulnerable are helped this winter and not abandoned to deal with this crisis alone.”

The mayor is investing £3.46 billion over the next four years into building the genuinely affordable homes for Londoners, the statement added.

Khan also urge ministers to introduce a ‘Lifeline Tariff’ to the most vulnerable to provide a minimum of domestic energy use before charges begin.

Chef and London’s Community Kitchen patron Tom Kerridge said: “I will continue to call on the government to help those who are struggling with the cost-of-living crisis. We should not be relying on food banks, and our children should not be going to school hungry, the Government need to act now.”

Taz Khan MBE, founder of London’s Community Kitchen, said: “We are seeing more and more Londoners struggling due to the cost of living, this is creating extreme levels of financial hardship to families across London. Food banks are not the answer and should not be left to pick up the pieces on the back of failed policies. One in four children today would have missed a meal, just let that sink in for a minute.”

Katherine Hill, Strategic Project Manager, 4in10 London’s Child Poverty Network, said: “As the cost-of-living crisis deepens and winter approaches the situation for many families on low incomes is becoming more serious by the day, as these figures show. While the recent announcement of increased benefit rates from next April is welcome, more help is needed for families who are struggling to pay their bills today.

“Free school meals for all children would be a significant step in the right direction towards ensuring that their basic right to food is met this winter.”