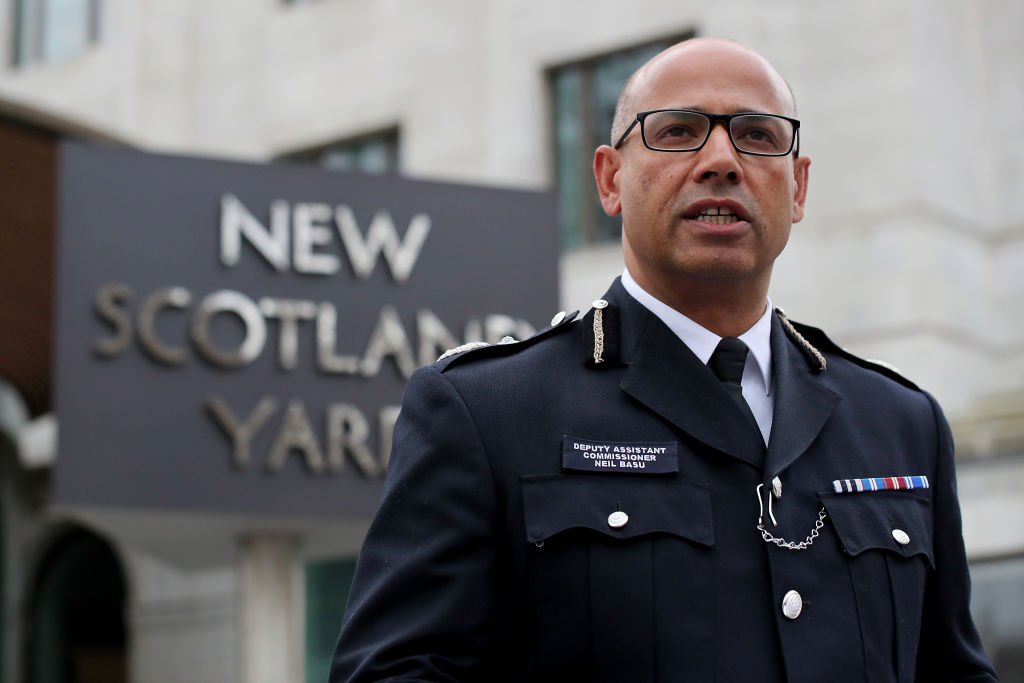 Neil Basu, the senior-most Indian-origin Scotland Yard officer as the UK’s former counter-terrorism chief and even tipped for the top job as head of the UK’s largest police force, has spoken out against racism and revealed how he faced racist attacks as a schoolboy in the 1970s.

In his final interview at the end of a 30-year policing career with the Metropolitan Police, outgoing assistant commissioner Basu told Channel 4 News about his concerns around a lack of tough action to clamp down on racism within the police ranks by its overseeing authority — the home office.

The son of a Bengali doctor father from Kolkata in India and Welsh mother, Basu was born and grew up in the UK and has been with the Met Police through some of its most high-profile counter-terrorism operations.

“I’ve been the only non-white face as a chief officer for a very long time, I don’t think the Home Office cares about this subject at all,” Basu told Channel 4 News on Tuesday (29). When pointed out that the home office is run by a woman of Indian heritage, Suella Braverman, Basu said he found some of the commentary coming out of the department, including around plans to deport illegal migrants to Rwanda, as “inexplicable”.

“It is unbelievable to hear a succession of very powerful politicians who look like this talking in language that my father would have remembered from 1968, it’s horrific,” he said, with reference to the racism his mixed-race couple parents faced in England when he was a child.

The UK home office said in a statement, “The Home Secretary expects forces to take a zero tolerance approach to racism within their workplace. “But she is also very clear about the need to manage our borders effectively and have an asylum system that works for those in genuine need, as are the British people.”

As assistant commissioner, Basu has also been in charge of the security for high-profile public figures, including the British royal family, and revealed how Meghan Markle, the Duchess of Sussex, faced many “disgusting and very real” threats as the wife of Prince Harry in the UK.

“If you’d seen the stuff that was written and you were receiving it, the kind of rhetoric that’s online, if you don’t know what I know, you would feel under threat all of the time,” he said.

When asked if there had been genuine threats to the Duchess from the far-right, he added, “Absolutely. We had teams investigating it. People have been prosecuted for those threats.”

The royal couple have since stepped back from frontline royalty and relocated to the US with their two children and Harry has spoken about the security concerns for his family in the UK. Basu said he has spoken publicly about the threat of “extreme right-wing terrorism” in the country because it us the “fastest growing” threat that he dealt with as a counter-terrorism officer.

The police officer, who is stepping down after 30 years with the Met, spoke of the “profound mental and physical effect” his work had but felt pride in overseeing 29 terrorist plots being foiled.

He also admitted the force was “in crisis” following recent damaging revelations around corrupt and criminal Met Police officers but said the new commissioner, Mark Rowley, was cracking down on the issue.

On being turned down for some of the top crime-fighting jobs, including most recently as head of the UK’s National Crime Agency (NCA), Basu said, “I would surmise that it is because I have been outspoken about issues that do not fit with the current political administration. They are wrong, diversity and inclusion are two of the most important things for policing.”