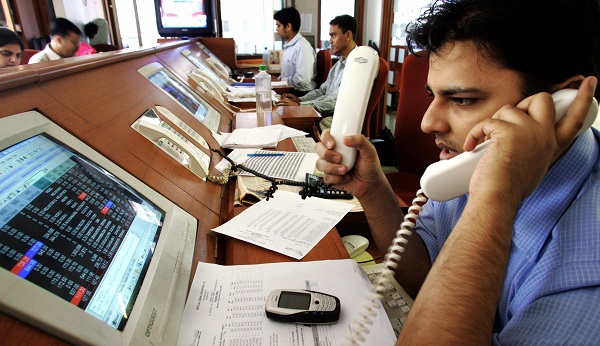 INDIA’S BSE benchmark Sensex crashed nearly 770 points and the NSE Nifty tumbled over 225 points on Tuesday (3) due to panic sell-offs across the board as investors fretted over deepening economic crisis and ever-lasting global trade tussle.

A slew of recent macroeconomic data on GDP, core sectors and auto sales are pointing towards a deepening economic rout in the country.

“The sharp fall in the Q1 GDP growth to 5 per cent and the weak core sector growth are the key factors that have caused a fall in the markets as it opened after a long weekend. The continuing negative global cues, the raging tariff war between the US and China, and the likely sluggishness in the economic fortunes of economies around the world have also been behind the rot in the markets here as well as elsewhere,” said Joseph Thomas, Head of Research Emkay Wealth Management.

Weak domestic consumption, especially in rural areas, has resulted mainly from low employment levels and non-availability of finance, which are issues that call for immediate measures to salvage the situation, Thomas said.

Public sector bank stocks also ended in significantly lower after the government announced the merger of 10 state-run lenders into four.

It gives a positive signal to investors that the government is not just focusing on recapitalising the bank, but also in improving the governance in the public sector banks, experts said.

However, the merger will still be painful as a result of the geographic and cultural diversity of the merging entities, they added.

Despite several efforts by the government to boost the economy, market sentiment took a hit on account of weak macroeconomic data releases and double-digit decline in auto sales in August as the sector continued to reel under one of the worst slowdowns in its history.

Official data released after market hours on Friday showed that India’s GDP growth slipped to an over six-year low of five per cent in the June quarter of 2019-20, hit by a sharp deceleration in manufacturing output and subdued farm sector activity.

Growth of eight core industries also dropped to 2.1 per cent in July, mainly due to contraction in coal, crude oil and natural gas production, according to a government data released on Monday.

Elsewhere in Asia, bourses in Shanghai, Hong Kong, Korea and Japan were ended on a mixed note after the US and China on Sunday put in place their latest tariff increases on each other’s goods.

Exchanges in Europe were also trading the the red in their respective early sessions.