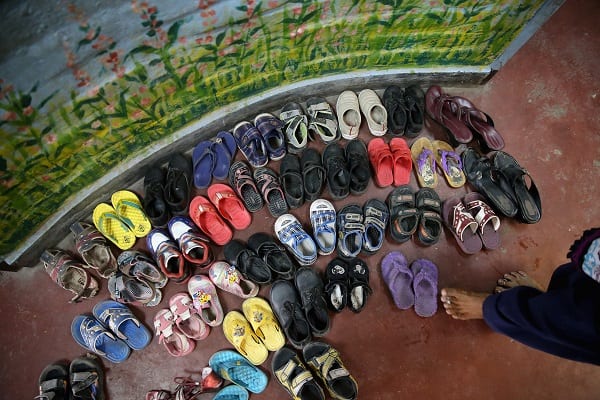 SEVEN people have been arrested for allegedly garlanding two Bahujan Samaj Party leaders with shoes, blackening their faces and parading them outside the party office here two days ago, police said.

Rajasthan BSP president Sumrat Singh lodged an FIR at the Sindhi camp police station, following which the accused were arrested on Wednesday.

The BSP workers were alleging corruption in ticket distribution in the party in the assembly polls last year.

The accused had garlanded BSP national coordinator Ramji Gautam and former state president Sitaram with shoe, and blackened their faces on Tuesday.

They also made Gautam sit on a donkey, and paraded him and Sitaram outside the party office at Bani Park.

“Seven persons have been arrested under various sections of the Indian Penal Code, police said.

Those who were arrested have been identified as Nisar Khan, Babulal, Deepak Kumar, Rahul, Pooran Parnami, Neeraj and Vijendra.