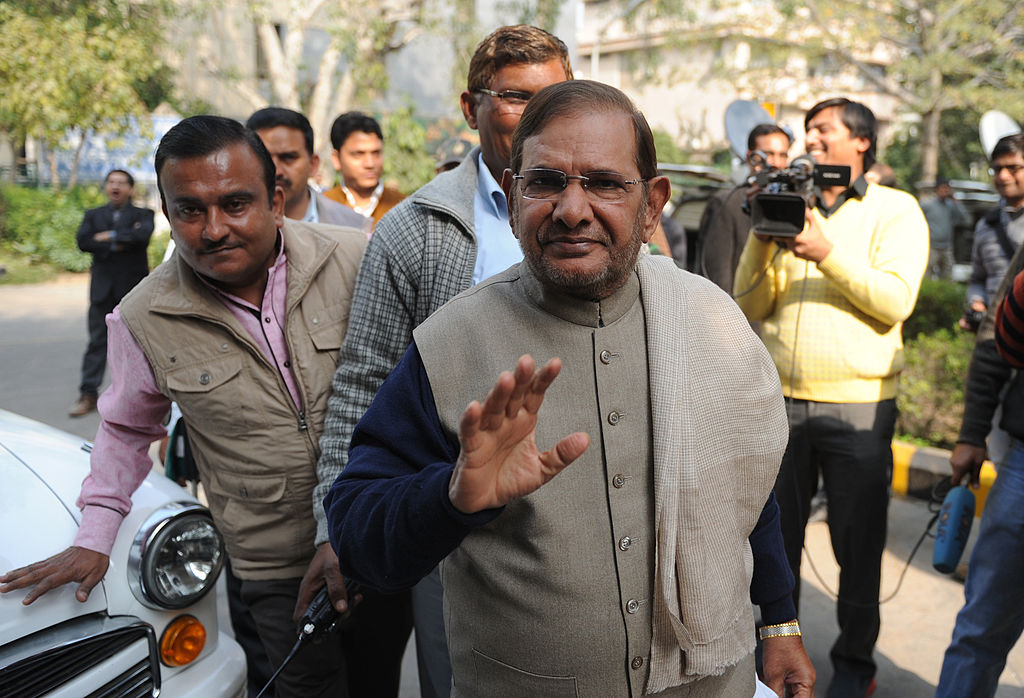 Sharad Yadav was a prominent socialist leader who rose on the anti-Congress plank of the 1970s and remained a key opposition presence for decades as he travelled through various offshoots of Lok Dal and Janata Party before diminished political equity and ill-health combined to push him to the margins in his last few years.

The veteran leader breathed his last on Thursday (12) at a private hospital in Gurugram in the northern state of Haryana where he was rushed after he collapsed at his Chhatarpur residence in Delhi.

The veteran socialist leader had been suffering from kidney-related issues for a long time and regularly underwent dialysis. Then a young student leader, it was his Lok Sabha bypoll win from Jabalpur in 1974 as the opposition candidate against the Indian National Congress which invigorated its political fight against the then prime minister Indira Gandhi.

Emergency was soon clamped in 1975 and he won again in 1977, establishing his credentials as one of the several leaders to have come out of the anti-Emergency movement, an image that kept him in good stead for several decades as he remained an MP for the better part of the last nearly five decades.

Both were to soon fall out as the Bihar leader dominated the politics in his state, overshadowing others and ensuring that it was his writ that ran.

Incumbent chief minister Nitish Kumar and Sharad Yadav besides late Dalit leader Ram Vilas Paswan were three key socialist leaders from the state who charted their own paths to take on the charismatic friend-turned-foe.

While Yadav was born in Madhya Pradesh and began his political career from there, Bihar became his ‘karma bhoomi’ (field of work).

He and Lalu Prasad locked horns in Lok Sabha polls and his win over the Rashtriya Janata Dal supremo in 1999 was a high point of his career.

His association with Kumar and their alliance with the Bharatiya Janata Party (BJP) ended the 15-year long combined reign of Lalu Prasad Yadav and his wife Rabri Devi, who had taken over as chief minister after he was embroiled in corruption cases.

Never a leader with a big base of his own, Yadav depended on state bigwigs like Lalu and Nitish to enter the parliament but enjoyed the aura and political weight which made him a strong presence at the high table of national politics in Delhi.

He was the convener of the BJP-led National Democratic Alliance before he had to reluctantly leave after Kumar decided to snap ties with the saffron party in 2013.

He was instrumental in Kumar’s alliance with arch rival Lalu Prasad Yadav as they joined hands to decimate the BJP in the 2015 assembly polls in Bihar.

Ironically, it was the Kumar’s decision to join hands with the BJP again in 2017 that snapped his patience with him as he decided to remain in the opposition camp and backed some of his supporter to float the Loktantrik Janata Dal.

The new party, however, could never take off and his poor health virtually put an end to his active politics. He merged his party with the RJD in 2022.