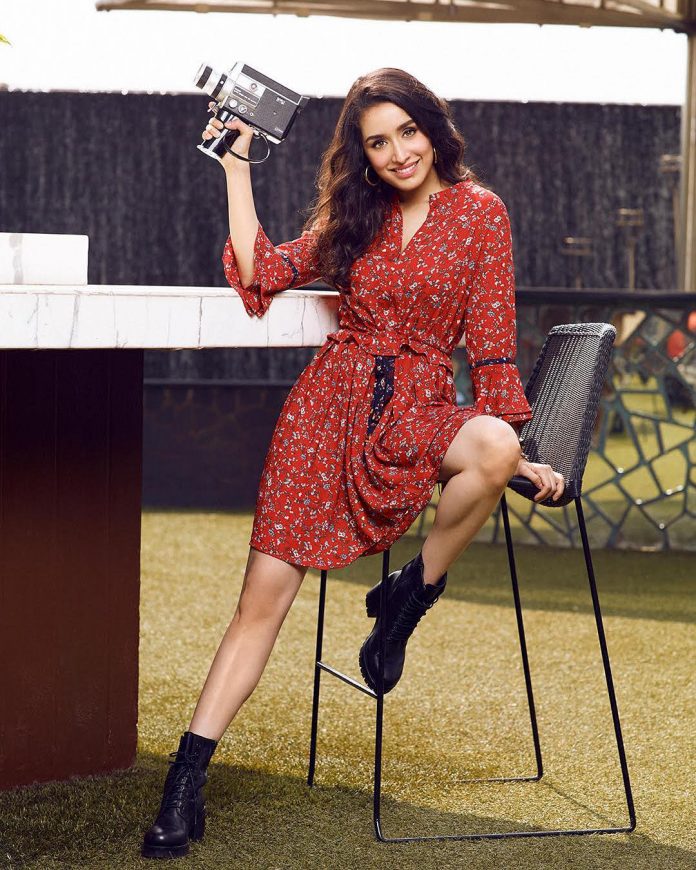 Shraddha Kapoor, who is undoubtedly one of the busiest actresses at the moment, with some high-profile projects in her pocket, has completed shooting for her next film, Chhichhore. The movie, which began production in September last year, is a Nitesh Tiwari directorial, who shot to fame after helming the Aamir Khan, Fatima Sana Shaikh and Sanya Malhotra starrer biographical drama, Dangal (2016).

Shraddha, who is paired opposite Sushant Singh Rajput in Chhichhore, took to her Instagram account to share the news about the wrapping-up of the film. “Film wrap on Chhichhore! Mixed feelings. What an incredible journey this has been!!! It’s been a dream to work with Nitesh sir and the entire team. Such precious memories. An experience of a lifetime. Going to cherish this forever!”

Aside from Chhichhore, Shraddha Kapoor also has on her platter such exciting films as Saaho, Street Dancer, and Baaghi 3. While Saaho has Baahubali star Prabhas opposite her, Street Dancer reunites the actress with her ABCD 2 (2015) co-star Varun Dhawan. With Baaghi 3, Shraddha returns to the Baaghi franchise after doing the first part of the series in the year 2016. The film features actions star Tiger Shroff as the male lead.