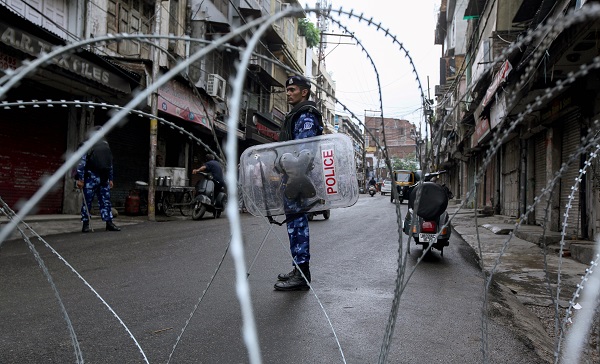 THE situation in Kashmir was calm as the restrictions have been eased out in most areas across the valley, but normal life remained affected for the 29th consecutive day on Monday (2), officials said.

Barricades have been removed from most areas of the valley, but the deployment of security forces continued on the ground to maintain law and order, they said.

Landline services have been restored in 76 exchanges across the valley, the officials said, adding that the services continued to remain snapped in the commercial hub of Lal Chowk and Press Enclave here.

According to the officials, the situation is peaceful and there were no reports of any untoward incident on Sunday. The day-time restrictions have been eased in 82 out of 105 police station areas across the Valley.

However, the officials said, normal life remained affected across the valley for the 29th consecutive day on Monday as markets and schools remained shut, while public transport was off the roads.

Private cars were plying in many areas of the city and elsewhere in the Valley, while inter-district cabs were also seen plying in few areas in the morning. Some vendors have set up stall in the civil lines of the city, they said.

Mobile and Internet services remained suspended since August 5 after the Centre scrapped Jammu and Kashmir’s special status by abrogating provisions of Article 370 of the Constitution and bifurcated the state into Union territories — Jammu and Kashmir, and Ladakh.