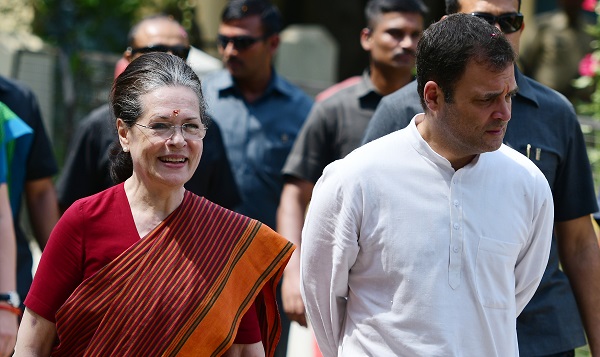 INDIA’S Sonia Gandhi on Saturday (10) once again took the reins of the main opposition Congress party, replacing her son Rahul, who stepped down after a second straight election drubbing by prime minister Narendra Modi.

The 49-year-old Rahul Gandhi, who was seeking to become the fourth member of the Nehru-Gandhi dynasty to become prime minister, quit in July after the latest big loss at the polls in the April-May elections.

The great-grandson, grandson and son of three past premiers of the world’s biggest democracy, Gandhi had set out to rejuvenate the party after it lost to Modi’s Bharatiya Janata Party (BJP) in the 2014 election.

But he struggled to shed his image as a privileged, dynastic scion.

Congress has dominated Indian politics since independence in 1948, but it has seen a spectacular collapse in support in the past decade.

The party was divided over his departure, with many asking him to stay on, fearing more desertions and infighting if a non-Gandhi took charge.

But others believed the party could benefit from a fresh start, with a leader from outside the family.

Rahul had replaced his mother at the helm in December 2017.

Before that, she had led the party since 1998 following the assassination of her husband Rajiv.

She helped lead a Congress-led coalition to victory in national elections in 2004 and 2009.

Party veterans hope she can ensure stability until a permanent president is elected.

“Congratulations @INCIndia working committee for making the best decision in current circumstances, requesting Sonia Gandhi to take over as interim president pending the election of a regular president,” Shashi Tharoor, a former minister and national lawmaker from the party, said on Twitter.

Critics say that Congress needs to make some urgent changes to its leadership if it wants to stay relevant and challenge Modi’s BJP.