Sri Lanka unveils plans to halve its military by 2030 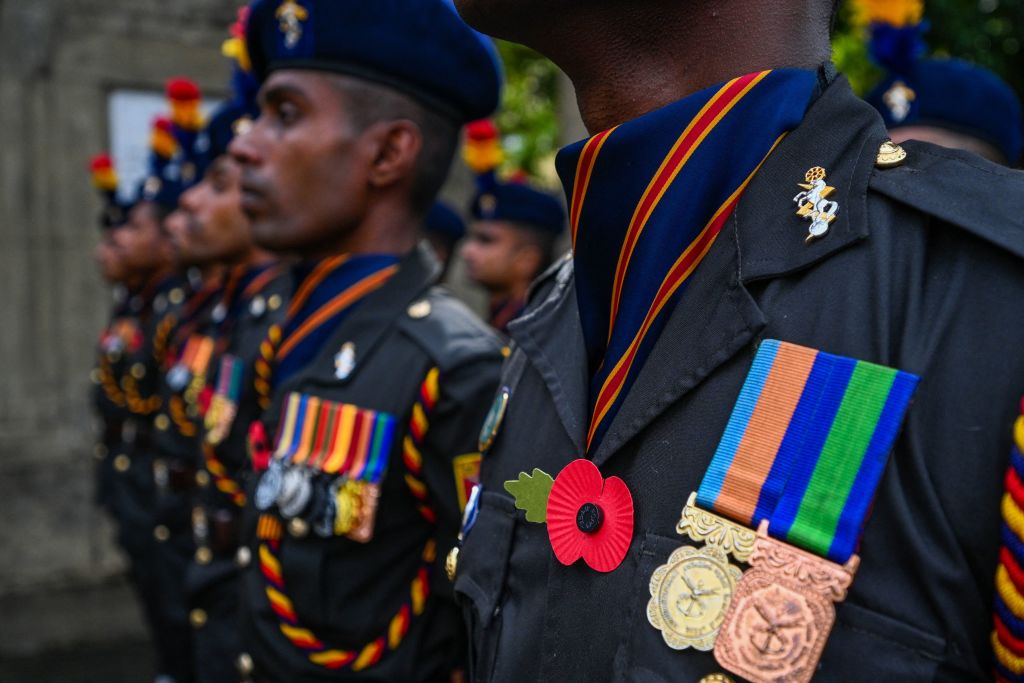 Members of Sri Lankan military personnel attend a ceremony to mark Poppy day or Remembrance day to pay respect to fallen war veterans from the two World Wars as well as from the internal Tamil separatist conflict, at the war memorial in Colombo on November 13, 2022. (Photo by ISHARA S. KODIKARA / AFP) (Photo by ISHARA S. KODIKARA/AFP via Getty Images)

Cash-strapped Sri Lanka on Friday (13) announced plans to reduce the current strength of its military to half by 2030 to build a technically and tactically sound and well-balanced defence force, amid criticism that military expenditure was more than the allocation for health care and education in the 2023 budget.

“The overall aim of the strategic blueprint is to broach a technically and tactically sound and well-balanced defence force by the year 2030 in order to meet upcoming security challenges,” the statement quoting the state minister of defence Pramitha Bandara Tennakoon said.

The defence allocation of 539 billion rupees (£1.2bn) in the budget 2023 drew criticism as the island nation faced its worst economic crisis since 1948. Due to the forex shortage, Sri Lanka was unable to afford key imports, including fuel, fertilisers and medicines, leading to serpentine queues.

For health and education, the 2023 budget has allocated over 300 billion rupees (£674 million) each.

Although the strength had been halved from around 400,000 since the conflict with the Liberation Tigers of Tamil Eelam (LTTE) ended in 2009, the current strength of 200,000 was termed excessive.

The Tamil minority and rights groups have been demanding the descaling of the military in the former battle zones in the conflict regions in the Northern and Eastern provinces.