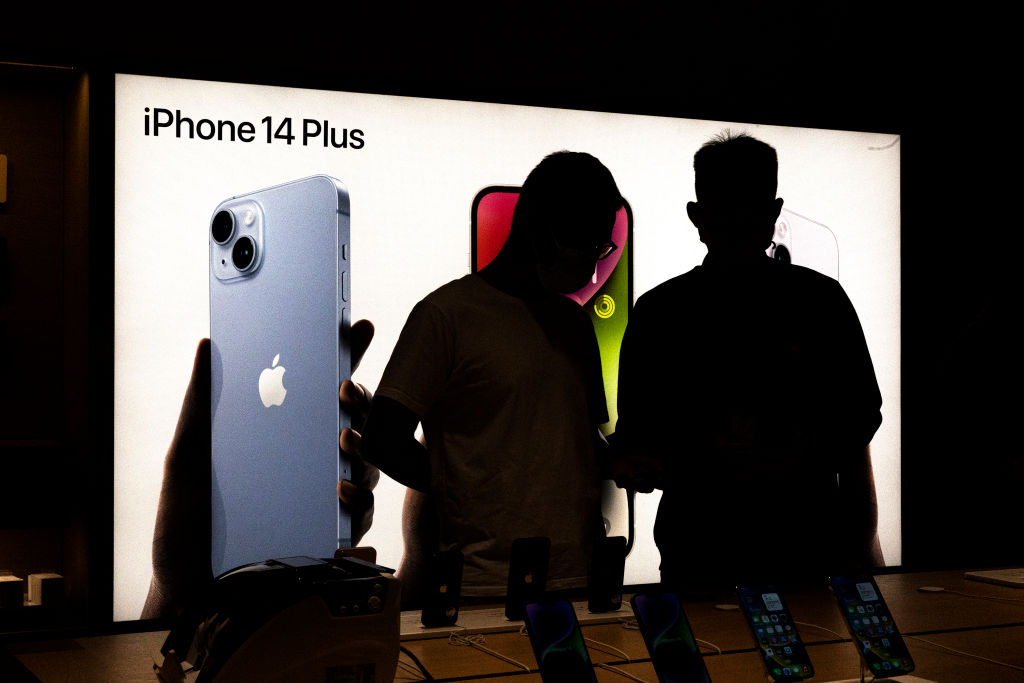 Customers look at the new iPhone14 at an Apple store on September 16,2022 in Wuhan. Hubei, China. (Photo by Getty Images)

Obsession with mobile phones is not something new but the story of Dheeraj Palliyil has perhaps beaten everybody else.

The 28-year-old man, who hails from the southern Indian state of Kerala, recently travelled to Dubai, located thousands of miles away, to grab the latest iPhone, hours before it went on sale in his own country.

Last week, Palliyil flew to the UAE to buy an iPhone 14 in order to become one of the first few in the entire world to own the new phone, one of the most coveted products in the world of smartphones.

An Apple fan from Kochi, was so excited about the iPhone 14 Pro that he travelled all the way to Dubai to get it. #iPhone #iphone14 pic.twitter.com/al0qYt0hGH

Fans have gone to great lengths to bag the latest models of iPhone, which was first launched by Apple in 2007 and went on to revolutionise mobile technology. There have even been reports of people selling their organs or standing in long queues outside Apple stores on the launching day to buy the phone, BBC reported.

However, for Palliyil, it was not the first time. He has been to Dubai three times before this to get a phone ahead of others.

According to the man, who is a cinematographer and businessman, he “didn’t want to wait” and “loves the excitement of waiting outside an Apple store to be among the first to get the phone,” the report added.

Palliyil said he has always been a technology enthusiast and is inspired by Steve Jobs, the late CEO of Apple.

“This is my way of commemorating his work,” he told BBC.

The man initially faced reaction from his family who he said would tease him for “wasting money on luxury goods”, but now they have relented and support him.