Stealing From Central Bank Will Not Work: Rahul Gandhi 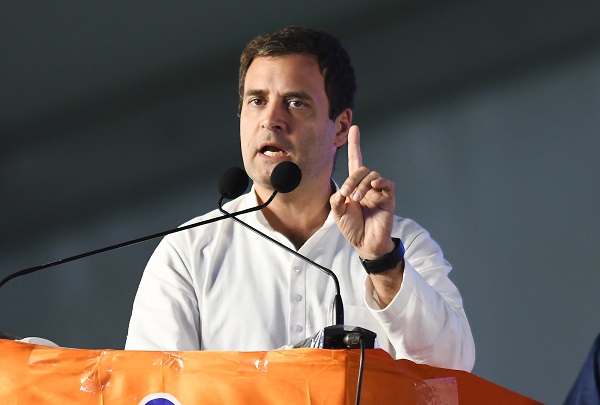 OPPOSITION Congress leader Rahul Gandhi on Tuesday (27) hit out at the Narendra Modi led government over the record cash transfer by the RBI, saying the prime minister and the finance minister are “clueless” about solving the “self-created economic disaster” and accused them of “stealing money” from the Bank.

He said the move was like stealing a Band-Aid from the dispensary and sticking it on a gunshot wound.  Gandhi’s reaction came after the Reserve Bank of India (RBI) allowed the government to take Rs 1.76 trillion from its reserves to provide a fresh impetus to the economy.

“PM and FM are clueless about how to solve their self created economic disaster,” he charged on Twitter.

“Stealing from RBI won’t work – it’s like stealing a Band-Aid from the dispensary and sticking it on a gunshot wound,” he said, using the hashtag “#RBILooted”.

In a separate tweet, Congress chief spokesperson Randeep Surjewala wondered whether the move was “fiscal prudence or fiscal hara-kiri”.

He also wondered if it was a coincidence that the Rs 1.76 trillion borrowed by the RBI matches with the “missing amount” in the budget calculations.

“Is it a sheer coincidence that the Rs 1.76 trillion borrowed by RBI matches with the ‘Missing’ amount in the Budget Calculations,” he asked.

“Is this fiscal prudence or fiscal hara-kiri? Will this Rs 1.76 trillion be used to save BJP’s crony friends,”he also asked.  The Congress leader attached a media report on “the mystery of the ‘missing’ Rs 1.7 trillion in India’s budget”.

In another tweet, Surjewala charged that Modi 2.0 has converted the ‘R’ in RBI from ‘Reserve’ to ‘Ravaged’!

“Contingency Reserve of RBI meant for extreme financial emergencies & war-like situations is being used by BJP Govt to bury its monumental mess on economic front! BJP has finished RBI’s credibility!,” he further charged.

His party colleague and spokesperson Sanjay Jha said in a tweet, “Robbed Bank of India: RBI.”